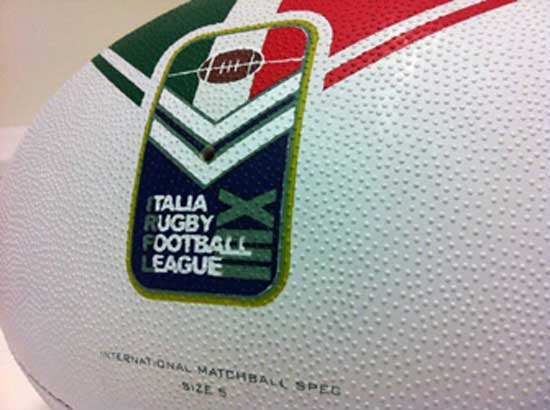 The Firfl has again continued to announce expansion for this upcoming season as the “preliminary stages” (regional knockout) of the Coppa Italia Rugby League (this year the format will be rugby league 9’s), which will see several new teams participate.

In Sicily, one of the strongholds and most active regions for the Federazione Italiana Rugby Football League (Firfl), a new team has been formed. The team will be Syrako based in Siracusa after their manager-player Concetto D’Aquila, a rugby union athlete as well (with the Syrako rugby union) experimented in sport of rugby league playing under the Spartans Catania Rugby XIII jersey in the championship last year.

Concetto D’Aquila says “Last season there were four players from Siracusa that went to the town of Etna to play rugby league, so together with my companion Robert Giuliana we thought together we could involve some people from our rugby union team and be able to form a society. In fact, the new group will be known as Syrako Rugby a XIII that will be composed of mostly players from the Siracusana rugby union society and I’ll be the player manager, as well as take care of the management also.”

In short, the ‘roster’ will almost be totally new to rugby league, but D’Aquila does not seem to be worried. “We will not be the Cinderella of the 2015 Federleague season. Anyway, it is true that between the two types of rugby there are differences, but there are also many similarities, and therefore we believe that we can do well right now.”

The first official test will come soon, though Syrako has yet to begin to do specific game play with rugby league. “So far we are yet to do a little something more fun (with game play) than educational- explains D’Aquila – but soon we will organize training sessions aimed to better know the rules of rugby league. We will be ready for the first qualifying matches for the Italian Cup. “