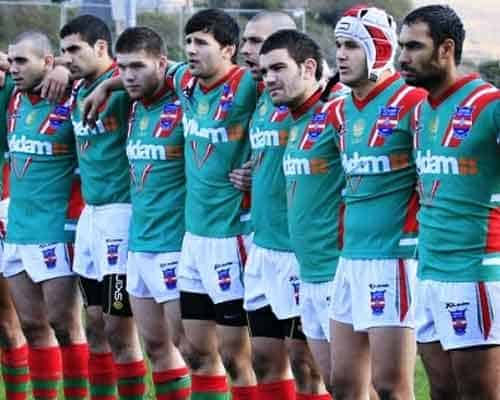 The Lebanese Rugby League Federation has confirmed the renewal of their sponsorship with multi-national communications company GMEA, who will enter into their fourth year supporting Lebanon’s youth programme.

The newly re-branded GMEA Schools Rugby League will cover two regions, North Lebanon and Mount Lebanon, as well as the U16 and U18 national teams.

“GMEA’s continued support and help during these difficult times in Lebanon is so important for the youth and sport here.”

GMEA chairman Charles Chedrawi, whose son played rugby league in high school, added, “We continue to support the LRLF because we believe in what they do.

They continue to encourage the country’s next generation to embrace and enjoy sport and establish camaraderie.”

The GMEA SRL is set to kick off on 1 February with a first round double-header in Mount Lebanon with Antonine International School facing International College and St Joseph’s School playing Amchit School at IC’s Hamra ground in Beirut.

The north conference kicks off on 3 February at three age groups: U18 will see Balamand versus Malaab and Jadida against Namouzaj; at U16 Namouzaj v Zeherieh Boys with Abi Firas starting the season with a bye; and in U14 Namouzaj taking on Zeherieh; all at Chekka Municipal Field.