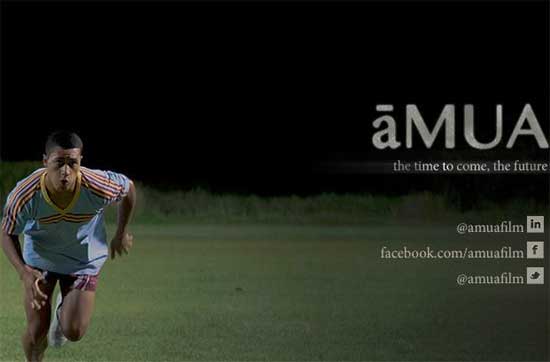 Australia’s own indie film scene is about to hit the ground running early in 2015 with arguably the most powerful and honest story of the year. Driven by some of the brightest up-and-coming talents in the Queensland film industry and featuring a star-studded cast, this short film is sure to entertain and inspire!

The semi-autobiographical struggle of “Teina”, depicts a young Māori boy’s journey across to Australia for the opportunity to play professionally in the NRL, and is brought to life by the remarkable talents of New Zealand’s own, James Rolleston (Boy, 2010). Starring alongside him, another great New Zealand talent; actor and musician, Troy Kingi (Mt Zion, 2013). To have such established talents involved in a small, local production is incredible, but after reading the script, they just couldn’t say no. You see, everyone knows a “Teina”, someone with extraordinary talent, but who has been dealt a rough hand in life. The character’s struggles hit home for many and the passionate team behind Āmua hope that this story can resonate with other young talents to motivate and inspire.

James’ previous film, Boy, surpassed famous titles such as Whale Rider (2003) and Once We Were Warriors (1994) to be the highest grossing New Zealand film, largely credited to the raw and loveable portrayal of “Boy” by James. James has also been making waves on the international film scene recently, starring alongside Cliff Curtis in the emotionally charged drama, The Dark Horse (2014), and in the award-winning Māori action epic, The Dead Lands (2014).

Āmua is a reflection of the experiences of New Zealand born writer/director Apirana Ipo Te Maipi, and takes place on the Gold Coast in 2001. A talented but troubled 17-year-old Teina has just arrived in a new country, leaving behind his friends and everything he knows for the chance at something great. However, his harsh upbringing has provided a difficult start to life and he has to fight hard to prevent bad habits and poor choices from getting the better of him.

Āmua is being produced by Anthony Martin, a Brisbane local originally from Toowoomba. Together with an incredibly talented local Australian and New Zealand cast and crew, and under the creative guidance of Apirana, Āmua is set to be one of the greatest short films of the year and is certainly not one to be missed. Shooting began Saturday the 17th of January, with the final day of shooting set for Sunday the 25th of January, before the release of the final product in the following months. You can follow Āmua’s progress via their social media page: www.facebook.com/amuafilm, to support a local project with a great message, keep up-to-date on where and when it will be available to view, and even learn how you could be a part of the project!