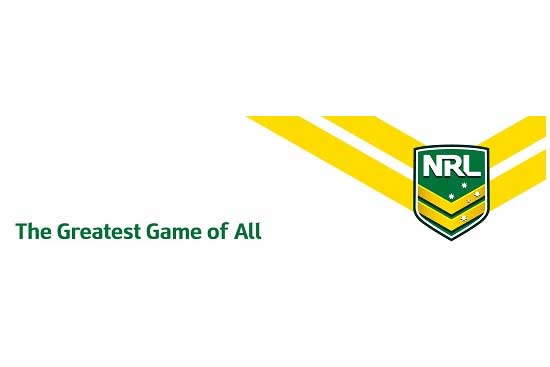 The biggest NRL calendar to date will be launched by two of the biggest names in Rugby League in South Sydney’s Premiership-winning fullback Greg Inglis and Warriors and New Zealand halfback Shaun Johnson.

On a historic night for the NRL on Thursday, Inglis and Johnson will officially launch a 10-month calendar of Rugby League on Auckland’s waterfront.

“Every year we consider players who best represent what is great about the game,” NRL Head of Commercial Paul Kind said.

“In Shaun Johnson and Greg Inglis, you have two very special players, two very unique talents, and players who in the course of last year shone in our major events.

“On top of that, they are two players who off the field gave a lot back to the community. They chose themselves.”

Inglis, who helped the Rabbitohs break a 43-year Premiership drought last October, said it would be a privilege to launch the season with Johnson.

“It’s an incredible honour and I will feel great pride standing alongside Shaun to launch the 2015 calendar,” Inglis said.

“You dream of just playing rugby league but to win a premiership with Souths, to be named captain of the club and to kick the season off like this, all in the space of a few months, is truly special and something I can carry with me always.

“It’s changed my life. My dream is that there are kids out there who will be inspired enough to believe that their lives can be changed by Rugby League too.”

Johnson helped the Kiwis win the Four Nations last year, and will be one of the Warriors’ superstars in the club’s 20th season this year.

“I have been aware of the players who have opened the season before but never thought I’d ever be in a position to do it,” Johnson said.

“It’s a significant honour for me personally but also for the game in this country.

“It can only do good for the game having this kind of profile here.”

The 2015 NRL calendar will kick off on Saturday and Sunday (January 31-February 1) with the Dick Smith NRL Auckland Nines at Eden Park.

It will culminate in the NRL Telstra Premiership Grand Final on October 4.

Mr Kind said Auckland was chosen as the venue for the launch to celebrate the diversity of the NRL season – from the Nines right through to the Grand Final. It will be the first time an NRL season is launched outside Australia.

“The NRL season has so many different competitions and they should all be recognised as part of our launch,” Mr Kind said.

“It is also entirely fitting that New Zealand, which plays such an important role in our schedule, has the opportunity to host the launch for the first time.”

Thurston will take with him onto the stage six Indigenous children hand-picked for the occasion and flown to Auckland to join their Cowboys hero.

Two of the children, Eliey Davis-Coles and Olivia Little, are travelling overseas for the first time. They will be joined by Elisabeth Matters, Tyeesha Clubb, Rodger Webster and Johnny Webster.