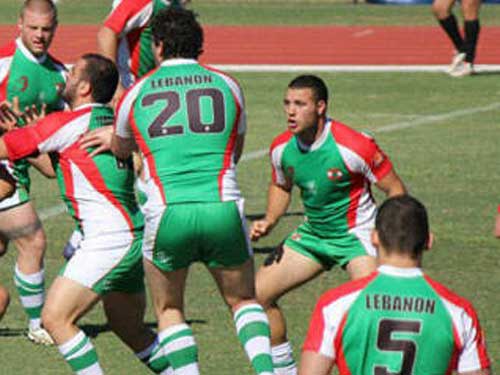 A revitalised Lebanese schools rugby league competition is set for kick off in two regions, after the LRLF held positive talks with the Ministry of Education to re-introduce the sport to PE teachers.

In the North group, champions Notre Dame Du Balamand – one of the original rugby league-playing schools – will face Al Malaab, Al Jadida and Namouzaj High Schools at U18 level.

The majority of schools expect to have at least one, and in some cases two, additional age groups at U14 and U16.

Each team will play every other in its division before two regional finals produce the two Lebanese SRL finalists. The North is seeking to reproduce this format in the three age groups.

LRLF CEO Remond Safi commented: “Over the last few years it has been very difficult to maintain developments with all the ongoing conflict, lack of fields and government problems.

“But with matters seeming to calm down a little, things look brighter.”

AIS head coach Roy Taouk added: “I feel confident going into the 2015 season. We have been pre-season training for almost three months now and it’s really helped the team to bond together, we are eager and ready.”

His St Joseph’s counterpart Nayef Abisaid, one of the LRLF’s course tutors who has been involved in the sport since it was founded in the country in 2002, echoed those sentiments: “I am looking forward to this year’s championships”, he said.

“The team has just finished their basic training skills and we are hoping to have a good run of results and get back the crown.”

Zeherieh Public School, one of the original rugby league establishments which has produced a number of good players and only recently re-opened its doors, and Abu Firas al-Hamdani school in the ravaged Jabal Mohsen area have both re-established their rugby league programmes at U14 and U16 level.

Mgheit, a sports teacher who was introduced to rugby league through the first government-sponsored Level 1 coaching course in 2008, noted: “I’m really looking forward to making the most of this opportunity since some stability has been restored over the past few months.”

The SRL competition kicks off at the end of the month and is still sponsored by telecommunications firm GMEA, the principal supporter of youth rugby league in the country.