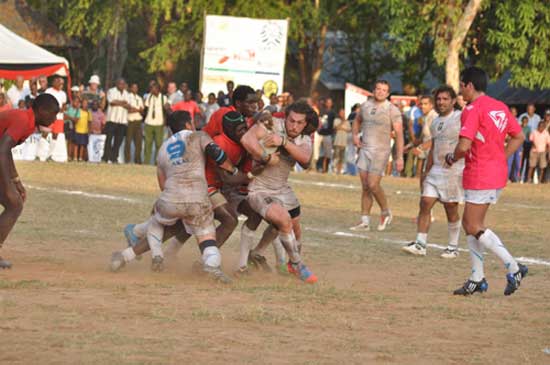 Rome – It has been a year of important growth for the Federazione Italiana Rugby Football League (Firfl) and another year is about to begin full of news. Pierluigi Gentile, secretary general of the Federation headed by David Massitti, discusses the federation about the recent past and looking into the future.

“We leave behind a year that saw an increase of 10-15% of members (participants) in all regions. There’s a sign of a growing credibility that is taking over in Italy with our Federation and also of course positive synergy that has been created with the Federazione Italiana Rugby (note: Rugby Union). We are pleased with the progress we have made, but we are aware that there is still great growth potential for our movement.”

Just based on this, the Federation has undertaken a number of new aspects for the coming season. “First of all there will be new clubs that will participate in the two main competitions, the Championship and the Italian Cup (Coppa Italia). For the latter we have developed major changes: first, it will be (now be) played as rugby league 9’s, which for our discipline is roughly what the rugby 7 ‘s is for rugby union. Then, continues the Firfl Secretary-General – we will also change the formula preceding the Final, to be held in March in a venue to be determined: the inter-regional stages will be held in different cities, starting next February 7, to assign points and whoever has the highest score will “pass” onto the final act .”

There will be organizational innovations again in regards to the Championship. “The most relevant change – specifies Gentile – will cover the weekend dispute dedicated to the semi-finals, which will precede a week leading into Finals (Grand Final and ranking matches). The reference period for the final phase of the 2015 Championship will still be the beginning of July.”

Closing on the commitments of the National Team, Gentile says; “The greater selection will continue their training meetings to improve the understanding of the group and then between late spring and early summer the first internationals in Italy and abroad will take place.”