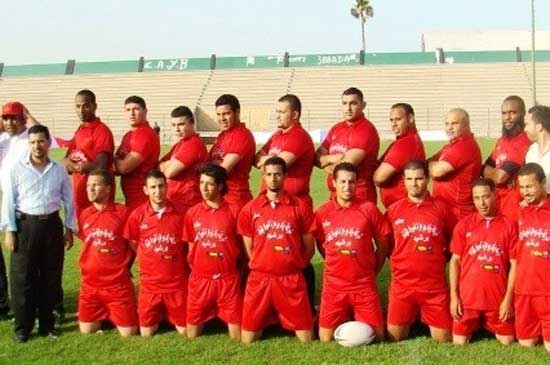 The continuing struggle to obtain government recognition for rugby league in Morocco has reached a new phase following the added support of Claude Moraes, MEP for London and Chair of the European Parliament’s Civil Liberties, Justice and Home Affairs Committee, who has agreed to look into the case and help raise the matter at EU level.

In August 2014, Mr Moraes – accompanied by former MEPs and rugby league activists Brian Simpson, an RLEF ambassador, and Terry Wynn – met RLEF General Manager Danny Kazandjian and Middle East Africa Director Remond Safi in London to discuss the case history, dating back to 2009, when the European Federation first requested from the Moroccan government a pathway for recognition of the sport.

“We believe we have encountered definite obstruction towards rugby league and can cite various examples dating from our first request for a route to obtain official recognition” said Kazandjian.

“The European Union provides substantial aid to the Moroccan government and is well placed to question why it refuses to offer rugby league the opportunity to achieve fully accredited status like any other sport has the right to.”

Currently, Moroccan citizens are prevented from officially playing the sport, from using municipal facilities, forming a national team and benefitting from the state’s sport infrastructure.

“It is essential that we continue to raise awareness on this case as it is a matter of promoting freedom of choice for citizens as well as fair treatment,” said Mr Moraes.

“I urge the Moroccan Ministry of Sport to continue in this spirit and offer a clear position for the establishment of an independent Moroccan rugby league.”