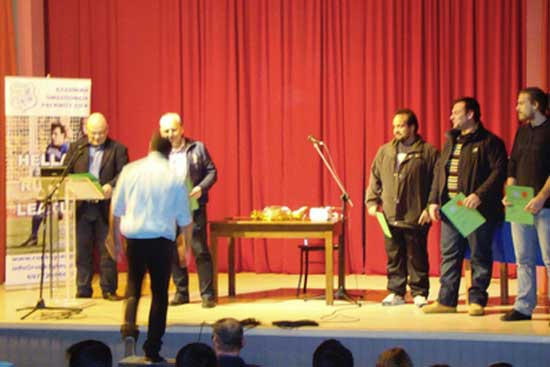 Players, coaches and friends of the sport celebrated what the HFRL are calling, “a glorious year”, their second since formation.

Federation president Tasos Pantazidis recounted the successes which included elevation to membership of the Rugby League European Federation in February 2014, winning the European Championship B title and Baltic Championship and an expanded domestic footprint.

He also reported on the goals and plans for the forthcoming season including more domestic development together with expanded youth and senior national team fixtures, with 2017 World Cup qualifiers on the horizon.

Special awards for their contribution to the development of the sport in Greece were given to the club presidents of Pegasus Neos Kosmos and Pyrrihios Aspropyrgou.