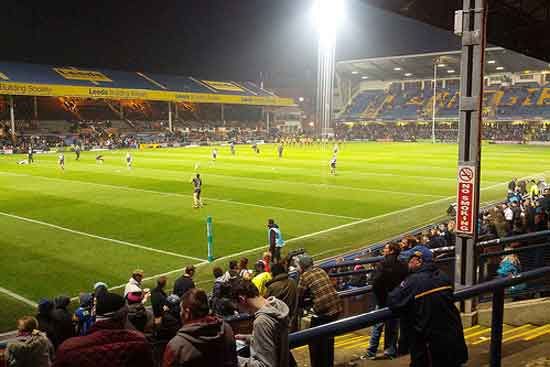 On the back of a disappointing end of 2014, Leeds Rhinos full-back Zak Hardaker has admitted he faces a big year for both club and country.

After an impressive season for the Rhinos that saw him named in the Super League Dream team, Hardaker failed to make an appearance for England during their Four Nations campaign – with Sam Tomkins taking the number-one jersey instead.

The Leeds man has since made it clear he is determined to reclaim his place in the national side for this year’s three-Test series against New Zealand – a series the Kiwis will most likely start as favourites with the likes of betfair.

Tomkins was perhaps unsurprisingly Steve McNamara’s first choice full-back in Australia during the Four Nations. But Hardaker had every reason to feel he should have at least been given some time on the pitch during the tournament.

Tomkins is undoubtedly one of the highest profile full-backs in the game, commanding a £700,000 transfer fee when moving from Wigan to the New Zealand Warriors in 2013. However, Hardaker’s form for the Rhinos last season proved England have two of the world’s best full-backs at their disposal.

While Hardaker has made it clear he is looking to work his way back into England contention, the 23-year-old could have his work cut out to hold onto his place in the Rhinos side.

In keeping with the club’s tradition, there are a number of talented players coming through the ranks at Headingley – not least teenage full-back Ashton Golding – to have supporters and betting fans excited.

Youngster Golding was awarded a long-term contract after being named the Rhinos’ academy player of the year last season. He cemented his place as a genuine first-team squad member and challenger to Hardaker’s position with an impressive performance in Leeds’ Boxing Day victory over Wakefield Trinity Wildcats.

On the field, Hardaker may have caught the eye for the right reasons. But, off the pitch, he has again been in the headlines for all the wrong reasons.

Just seven months after being fined for breaking team rules during the 2013 World Cup, Hardaker was handed a five-game ban and a £300 fine after being charged with making a homophobic comment to Warrington captain Michael Monaghan.

However, after serving his ban Hardaker tried his best to get back into Leeds head coach Brian McDermott’s good books with his performances and played a key role in the Rhinos winning their first Challenge Cup since 1999.