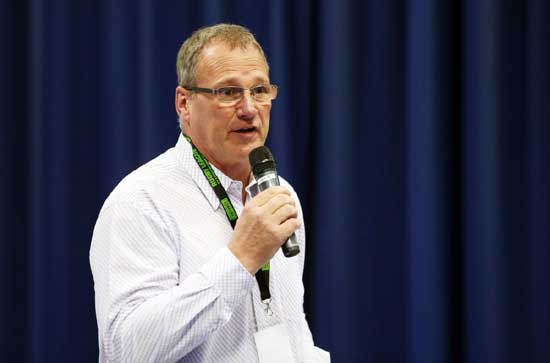 The RFL are delighted to announce the appointment of Andy Kelly as coach of the England Academy team.

The appointment follows England’s 2014 Autumn Academy International Series win against the Australian Schoolboys. He succeeds Richard Marshall, who has stepped down to focus on his role as coach of Kingstone Press Championship club Halifax.

Kelly, the head of youth at First Utility Super League club Huddersfield Giants, has also coached at Wakefield Trinity and Gateshead Thunder and was Ireland coach at the 2008 Rugby League World Cup.

He has previously worked with the RFL as England Regional Performance Coach in the North East.

RFL Director of Performance and Coaching Jon Roberts said: “Andy brings a wealth of knowledge and experience in the professional game, both as an international player and coach.

“His coaching and management skills in developing our elite young players stood him apart from all other candidates.
“I’m sure Andy, along with the other Academy staff will work tirelessly in cultivating our players to give them the right environment to showcase their individual skills.

“The England Academy programme has been hugely successful in recent years under coaches John Winder, Andy Last and, more recently, Richard Marshall and Andy is the right man to build on their sterling achievements.”

Andy Kelly said: “It’s an absolute honour to be appointed as England Academy coach. It is a role that comes with a great deal of responsibility. Richard Marshall did a great job in last year’s series against Australia so the bar is set and we need to push on again.

“My tenure will begin with time spent looking at the performances against Australia and getting some good insight into the culture of the Academy players in their own club environment. We need to build a squad with the skills, resilience and toughness to consistently compete.

“Players are moving into a new era of Academy Player Development and the demands to develop better quality athletes has never been greater. I believe in a bright future for Academy Rugby League at both domestic and international level.”
Details of the England Academy fixture programme for 2015 will be confirmed shortly.