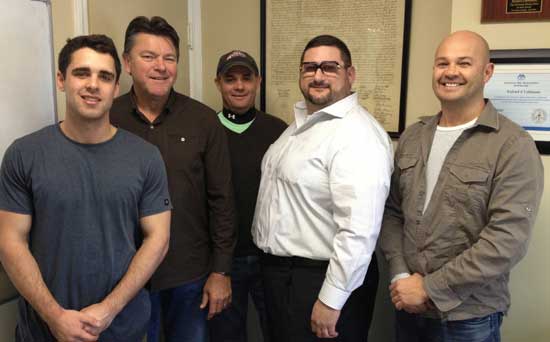 Delegates from the USA Association of Rugby League Incorporated, the newly recognised National Governing Body for Rugby League in the United States of America, met today (Sunday) in Staten Island, New York for their first annual congress. Attending in person or virtually were the delegates from all the member clubs under the chairmanship of Peter Illfield.

“First of all, on behalf of the USARL Board of Directors, its club administrators, players and supporters, I’d like to extend our thanks to the RLIF for instilling their trust in us and granting the USARL membership.”

“It means stability for the game and provides a structure and purpose for its future. It also means that those with an interest to participate and support Rugby League can do so with confidence.”

The USARL, which is a not-for-profit Incorporation, is in the process of applying to the US Olympic Committee for National Governing Body status.

“Successful recognition by the USOC will secure our ability to source funding from State and Federal sport agencies and potential sponsors. We also can concentrate on other relationships which are being developed with sport, education and civic agencies for the purpose of funding, promotion, participation and recruitment” continued Illfield.

“Rugby League has been played in America for 20 years, with USARL now entering its 5th year and coming off its most successful season to date. The Championship final hosted by Jacksonville drew a record crowd and was broadcast on local TV which is a first for Rugby League in the USA.”

“Since the announcement of our RLIF and RLEF membership, the USARL called for Expressions of Interest from clubs who wish to participate in the 2015 season. We are yet to confirm the structure, but we expect the competition of around 12-14 clubs will be conducted from late May to the end of August on the east coast.”

“Other regions that have expressed interest to expand the game across America are in the mid-West states of Minnesota, Illinois and Michigan, the Central South out of Texas, the Far West states of Utah and Colorado and finally the West Coast, in California.”

Developing a strong international presence is also high on the agenda for the USARL. Chairman Illfield is keen to recognise the success at RLWC2013 but also understands the challenges still to be faced.

“The USA national team were outstanding at the World Cup, however, moving forward, a solid and durable elite player development strategy is required to better supplement our out-of-country players eligible to represent the USA. With fair balance for selection and aspiration to reward developing players, one of our strategies will be to reduce the reliance on those out-of-country players and to develop more of our in-country domestic players who are involved and contributing to the game here at home.”

Linking the domestic competition with international progress and the many additional requirements such as the need to secure national sponsors and finance, making the highest levels of the sport more accessible on TV, attaining full membership of the RLIF, qualification for RLWC2017, growing the game across the USA and developing college programmes all of which will ensure a busy but prosperous future for Rugby League in North America.

For more details about Rugby League in the USA visit www.usarl.com