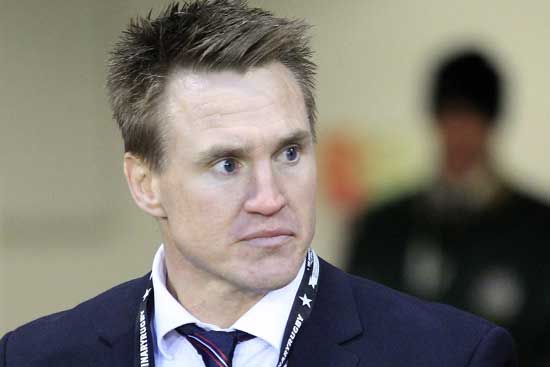 England Academy coach Richard Marshall believes his team are fully focused and ready to do their country proud ahead of their final Test against the Australian Schoolboys on Friday at Leigh Sports Village (7.00pm).

England’s under-18s were narrowly defeated 18-22 last Saturday by the Schoolboys but Marshall says that the youngsters are eager to bounce back and have put together a winning formula in training.

“There are a lot of positives we can take away from the last Test and the lads have come up with a plan for this week of how they can play better, they are in a good mind-set,” said Marshall.

“The Schoolboys were stronger defensively and they hurt us in and around the ruck so that is something we have been working on in training.

“I want the boys to go out there with confidence and enjoy it but they also need to play smart, they must be completing every single time.

“Unfortunately we will be without Nick Gregson, who was carried off the field last week and also some of the other Wigan boys, including Oliver Gildart, have been called to their training camp in Florida.

“It’s disappointing but we have the numbers and it will give other players the chance to prove themselves. I am confident it won’t cause too much upheaval.”
With this last Test marking the end of the 2014 Autumn International Academy Series, Marshall is looking to the future and says he wants young players to have more opportunities in the years to come.

“I would love to have more access to these players, I understand there are constraints but just to have them in camp for a few weeks has been fantastic,” said Marshall.

“I’d love for there to be more camps and more international games for them to play in. Another Test series like this in a few years Down Under would be great.
“My aim is to produce quality players who can advance into the Elite Training Squad and play for Steve McNamara.”

See the stars of the future as England Academy take on the Australian Schoolboys on Friday 12 December at Leigh Sports Village (7.00pm). This is a pay on the door event – £5 for adults and £3 for concessions.