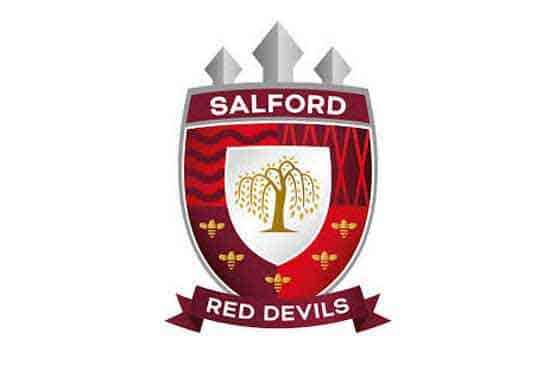 Salford Red Devils have tempted Cory Paterson back to rugby league after the forward’s short-lived spell as a professional boxer. Ahead of the 2015 Super League season, the ambitious Red Devils have been looking to assemble a squad capable of fulfilling the grand plans held by owner Marwan Koukash and the signing of Paterson ticks a lot of boxes for Salford. A 10th place finish in the 2014 Super League table might have been an improvement on recent years but it highlighted the need for new players in the offseason if the club are going to themselves in the minds of those betting on rugby league.

Strengthening the forwards had been high on head coach Iestyn Harris’ list after last season, and the signing of Paterson is a very promising start to the club’s offseason business. The 27-year-old former Hull KR man originally left Wests Tigers at the end of the 2014 season in order to pursue a career in professional boxing. Despite winning his second fight via TKO in early November, the versatile Aussie has now decided to make an immediate return to rugby league for next season.

With over 100 NRL appearances to his name, Paterson has racked up plenty of experience during his career in Australia. His performances in 2013 for Hull KR introduced Paterson to the Super League audience, and his seven tries in 17 appearances ensured he gained a number of fans in England before his return Down Under with the West Tigers. After bursting on the scene for the Newcastle Knights in 2007, Paterson has come close to an Australian call-up on a number of occasions in his career. His decision to briefly retire from the sport had threatened to rob the game of a very talented star, and Salford know they have pulled off a great bit of business in signing a player still yet to reach his peak.

The signing of Paterson is the second major arrival at the club since the end of last season, coming just days after a deal was agreed that sees Scott Taylor make the short move from the Wigan Warriors. He is now expected to compete for back-row positions with established internationals Gareth Hock, Weller Hauraki and Harrison Hansen, not to mention the talented group of youngsters coming through the ranks at Salford.

It isn’t just on the pitch the Devils are hoping Paterson will have an impact. Koukash has never hid his ambitions since taking control of the club at the start of 2013, and the ambitious owner is hoping he can assemble a squad not only capable of challenging on the pitch but also attracting fans to the AJ Bell Stadium. Following neighbours Wigan’s success this season, there is a real hope in Salford that this team can once again challenge their rivals at the top of the sport, and Koukash has made it clear he is definitely expecting Harris and his side to be much closer to that top-eight finish next season than they were this year.