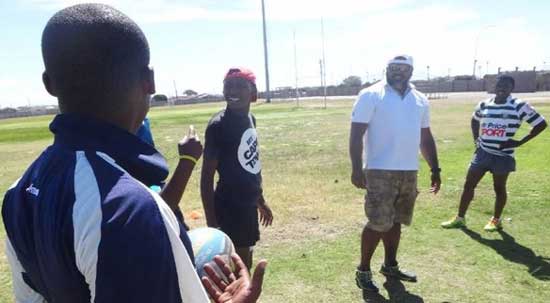 The day went of with great success and several youngsters were introduced to the game for the first time.

Khayelitsha, and other areas similar to it, offers a golden opportunity for rugby league and the success of this day is testament to the hard work being done by the members of WPRLA.

The Western Cape is a recent addition to the fold of SARL, and have been growing from strength to strength, and the Western Cape already hosted the Great Britain and Irish Academic Student Lions in October.

They first play against a Western Cape Invitational XIII on Friday at Goodwood Stadium in Cape Town before travelling to Gauteng for two test matches against the Rhino’s.