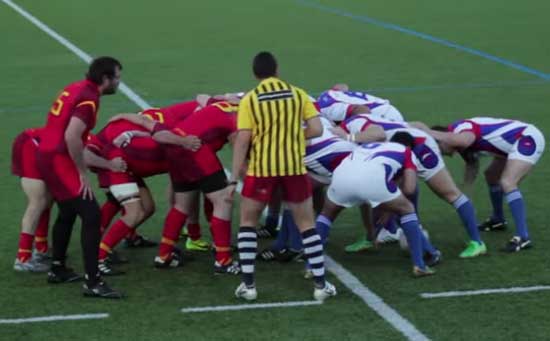 As part of the first, annual Spanish rugby league congress, held in Albal (Valencia), the AERL has announced that it intends to create two divisions – elite and development – for the Spanish Championship for next season.

Linked to that, they have also confirmed that there will be a requirement to submit development projects for youth sections for any clubs wishing to participate in the Spanish Championship Elite from 2016 onwards.

The congress was attended by Spanish clubs, representatives of the new Spanish referees and coaching academy and members of the Asociacion Española Rugby League Board of Directors.

Aitor Dàvila, General Manager of AERL, said: “We are very pleased with our progress and step by step we are achieving results. Two of our short-term goals are to set up an elite division and launch an U18 league. Developing new clubs is a priority for us too.

“We intend becoming an RLEF Affiliate Member as soon as possible”, he added.

Salome Sansano, president of AERL commented: “The congress saw the Spanish project write a new historic page, drawing up our future and showing transparency in our management.

“Everybody who attended leaves with a clear idea of what we are in need of doing and what we have done already. Our path is there and all the Spanish rugby league community works as one in that direction.”