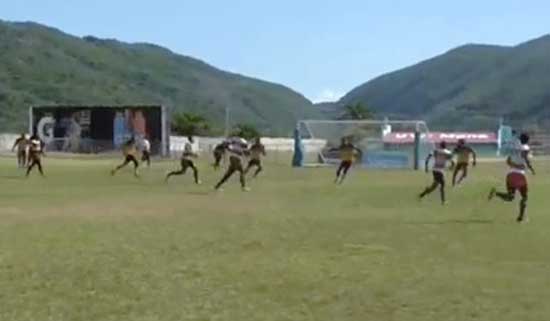 The first Jamaican Inter-collegiate rugby league title for the 2014-15 season, the Intercol 9’s Championship, has been claimed by GC Foster College.

Six institutions took part in the round-robin format, with GC Foster holding off a fierce challenge from arch-rivals Mico University College, to finish the competition on 27 points.

The two sides met in a winner-takes-all final match for the title, Mico establishing an 8-4 lead at half time but GC Foster having the run of play in the second half to take the overall spoils with a 16-10 win.