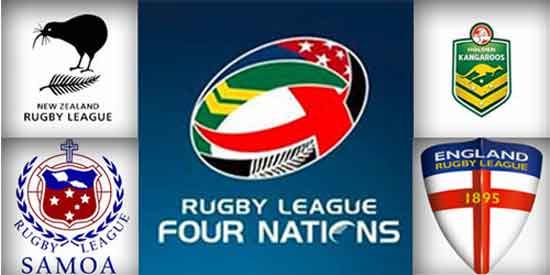 State of Origin has just lost it’s mantle as the pinnacle of rugby league. The Aussie State of Origin chest beating had been going on for 30 years plus but on Saturday night the Kiwis smashed the State of Origin myth along with the Kangaroos out of Wellington.

Over the last four weeks (Much shorter period than the State of Origin) we witnessed a huge turning point for the international game. We saw a highly competitive Four Nations tournament involving the four best rugby league teams in the world. The attendance throughout the series totalled 144,786, a record for the Tri Nations / Four Nations tournaments.

The Kiwis have now won back to back tests against Australia. This hasn’t been done by the Kiwis for around 60 years plus. So what does this all mean and why has the 4 Nations surpassed State of origin?

It’s pretty simple. In 2015 when NSW and QLD battle it out in the State of Origin, Australian’s won’t be watching the best players in the world.

The New Zealand Kiwis have the best team in the world. They also have without a doubt the best player in the world in Shaun Johnson. His speed and agility on Saturday night left Greg Inglis clutching at air.

Don’t forget England they were a video ref away from knocking Australia out of the 4 Nations tournament altogether. England’s forwards pretty much ran over Australia. Big winger Ryan Hall was a handful throughout the tournament.

Samoa didn’t have their best game against Australia giving away to many penalties. If Samoa had another shot at the Kangaroos I am sure it would be a different story. With Samoa nearly knocking over the Kiwis and the Poms, TOA’s part in the success of the Four Nations cannot be underestimated.

In the past there have been all sorts of ideas about entering NSW and QLD into an international competition to give England and New Zealand a fighting chance. How times have changed.

So in 2015 when you’re sitting back to watch the State of Origin, try to block out that the best rugby league team in the world is sitting on the other side of the ditch. Also England and Samoa would more than likely beat QLD and NSW but the Australian’s wouldn’t take the risk to find out.