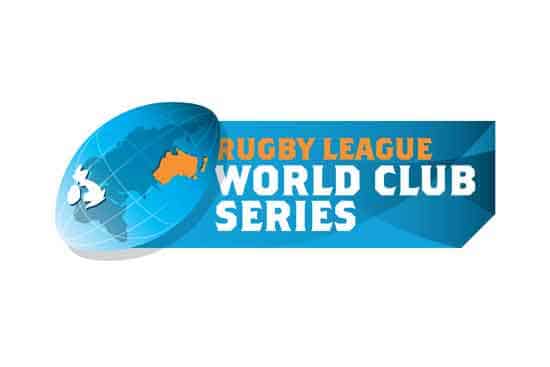 Tickets to see the best Rugby League players from the northern and southern hemispheres do battle in the 2015 World Club Series are now on sale.

“We are very much looking forward to pitting our wits against South Sydney and we’re sure it will be a great contest,” said Cunningham. “Winning the World Club Challenge would be massive for the club and having been part of two wins as a player, I know how special it is to the town and the fans.

“I’m sure Langtree Park will be packed to the rafters as the two best club sides in the world lock horns.”

South Sydney head coach Michael Maguire believes the World Club Series could be the perfect start to the season for his 2014 Grand Final winning side.

“We’re really looking forward to the World Club Challenge as a group and it will be a fantastic way to start our 2015 season with the World Club title on the line,” said Maguire. “We have a few new players in our squad this year and a tough hit out such as the one we expect against St Helens will set us up well for our Premiership defence.

“Despite St Helens being the local side I’m sure many English-based Rabbitohs members and supporters and ex-pat Aussies will get behind us, and I’m also sure the English crowd will look forward seeing some of our English Rabbitohs in the Burgess brothers in action on home soil.

“I understand the importance of the World Club Challenge from my time at Wigan and our team can’t wait to play for another big title in February.”

The World Club Series kicks off on Friday February 20 at 8.00pm when Warrington Wolves take on St George Illawarra Dragons at The Halliwell Jones Stadium.

Wolves head of coaching and rugby Tony Smith said: “It’s a fantastic concept and something I’m really looking forward to. It gives us the opportunity to show the NRL what Super League is about.

“In some quarters Down Under there is not much respect for our competition, this gives us the chance to show that the top Super League sides can mix it with the NRL.

“It’ll be one to remember for the fans and will be special for me personally as I played for both Illawarra Steelers and St George Dragons.”

St George-Illawarra head coach Paul McGregor is expecting a tough challenge in the exciting new competition: “We are really looking forward to participating in the World Club Series, it is a tremendous concept and we feel very privileged to be invited to play,“  said McGregor.

“Six teams from the NRL and Super League is a great way to showcase our game and something that I am sure the rugby league fans in the UK and those travelling from Australia will really support and enjoy.

“It will be a great challenge and experience for our players. Warrington have always been a strong club, they will be tough opposition.”

Wigan Warriors will be looking to avenge their 2014 World Club Challenge defeat at the hands of Sydney Roosters last February when they take on Brisbane Broncos at the DW Stadium on Saturday February 21 (7.45pm)

Warriors coach Shaun Wane said: “We are really excited to be able to represent Super League in the World Club Series.

“Having played against Sydney Roosters earlier this year we know what to expect and we will be doing all we can to get the win.

“Wigan have played out some great games with Brisbane over the years and we are expecting this game to be right up there with the best. The new competition is going to be very exciting and we can’t wait to be part of it.”

Brisbane Broncos head coach Wayne Bennett is expecting a fiery exchange between the two clubs when he returns for his second term in charge.

“It is a fantastic start to the season for the Broncos to bring the team over to England to play in this series.” said Bennett.

“Wigan are an impressive team and I know that after losing the World Club Challenge last year in Australia, they will be out to make amends.

“It will be a brilliant contest for the fans to watch and also a great experience for the players to test themselves against a top team from a different competition.

“This is not an opportunity that comes around often for NRL players.”

Tickets for the 2015 World Club Series game between Warrington Wolves and St George Illawarra Dragons at The Halliwell Jones Stadium on February 20 cost from £20 for adults and £10 for concessions and children. Tickets are available from the club’s ticket office, by calling 08448 11 11 76 or by visiting www.warringtonwolves.com. For full details please visit www.warringtonwolves.org.

Tickets for the 2015 World Club Challenge between St Helens and South Sydney Rabbitohs at Langtree Park on Sunday February 22 2015 cost from £22 for adults, £15 for concessions and £10 for children. Tickets can be purchased from the Langtree Park ticket office or by calling 01744 455 052. For full details please visit www.saintssuperstore.co.uk

Tickets for the game between Wigan Warriors and Brisbane Broncos at DW Stadium on Saturday February 21 cost from £21 for adults, £14 for concessions and children. Tickets will be available from Tuesday November 18th from the club’s ticket office, by calling 0871 6633552 or by visiting www.wiganwarriors.com.

A limited amount of combined tickets for all three games will cost £60 for adults and can be purchased by visiting www.rugbyleaguetickets.co.uk or calling the Rugby League Ticket Hotline on 0844 856 1113.