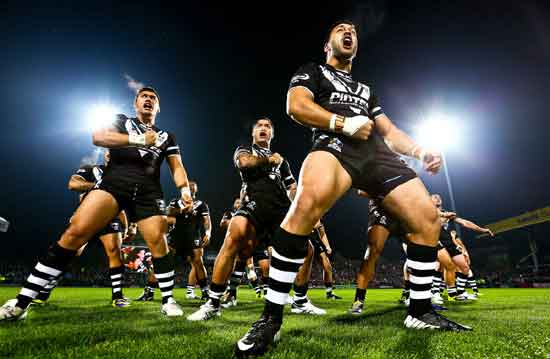 New Zealand will be going for four wins from four games when they meet arch-rivals Australia in the Four Nations final.

The Kiwis have been the pick of the tournament, the only team with the perfect record. They started the Four Nations with a bang, defeating the Kangaroos, and will be aiming for the same result on Saturday.

There is a familiar look to Stephen Kearney’s side, which has remained relatively stable throughout the past month.

Thomas Leuluai is the only missing player the Kiwis will have to do without. Peta Hiku at fullback, Shaun Johnson and Kieran Foran in the halves and Isaac Luke at hooker give New Zealand a quality spine.

Johnson and Foran have developed into a world-class halfback pairing while Luke gets the chance to start with Lewis Brown on the bench. These are the three key men Australia have to worry about.

Luke gets his pack going forward and ties defenders up with his quick footwork. Johnson peppered Sam Tomkins with huge bombs last weekend and is likely to do the same against Greg Inglis.

Foran has been playing with his typical fearless approach and has become one of the New Zealand team’s true leaders.

However, it has been their wingers, Jason Nightingale and Manu Vatuvei, who have arguably been the most eye-catching. Nightengale has scored four tries in three games while Vatuvei has been his usual destructive self with the ball in hand.

Dean Whare is a creative and attacking centre who creates opportunities for his teammates, but it is the Kiwi pack than can be the most destructive and influential.

Jesse Bromwich, Adam Blair, Kevin Proctor and Taumalolo got the better of their Kangaroo counterparts in Brisbane. Taumalolo in particular has been a wrecking ball throughout the Four Nations.

Stop the Kiwi forwards and the good ball to the outside backs dries up. Gerard Beale and Bodene Thompson have been named on an extended bench but are likely to drop out of the 17-man squad.

New Zealand has a great chance to get one over Australia again. They will have a raucous Wellington Stadium behind them and have momentum on their side going into this game.

In the past they have suffered mentally at times against the Kangaroos, but this team plays with little fear.

It won’t be easy, but this Kiwi outfit has the talent and the experience to make history. New Zealand usually revels in being the underdogs but they head into this encounter as the favourites.

Now they head to demonstrate why they deserve that tag and finish off what has been an outstanding Four Nations campaign.