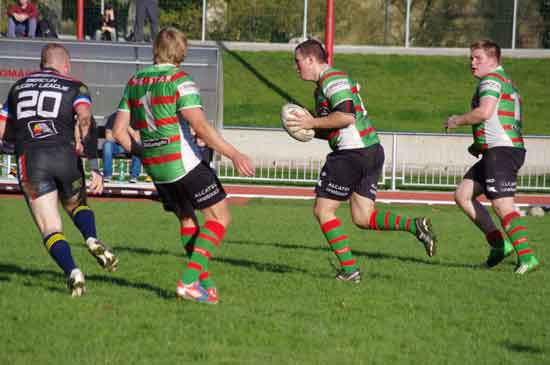 Lokomotiva Beroun have won the 2014 Czech Rugby League Association Grand Final, ensuring that they have completed the Championship/Grand Final double for 3 consecutive seasons.

They wrapped up the 2014 season by defeating the Czech Rabbitohs in a tense season finale, 16-12, on their home turf. The Rabbitohs, who defeated Beroun on their way to securing both the 2014 CZRLA pre-season 9s and the inaugural CZRLA knockout Cup competition, went into the Grand Final full of confidence against a team whose only 3 losses over the past 3 seasons have all come in 2014, and were all at the hands of their Grand Final opponents.

The resulting match was a tense encounter in which the visitor’s attempted flair was constantly thwarted by the experienced host’s much more physical approach, and no team seemed to have gained the ascendency until the talismanic Beroun captain-coach, and 2015 Milan Mrtynek Grand Final Man of the Match Medallist, Jan Buben, ran in the decisive try in the latter part of the 2nd half to secure his team’s victory. 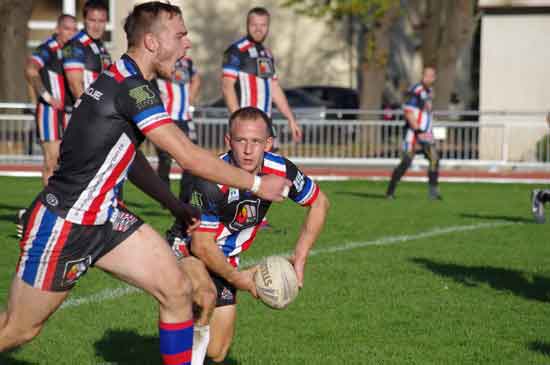 An interested observer of the match was Catalans Dragons CEO, Christophe Jouffret, who also took time to present awards at the CZRLA’s annual Season Presentation evening. Jouffret, who would not necessarily have been enthused by seeing local club, the Teplice Dragons, who have a partnership understanding with their French namesakes, lose heavily to Havlickuv Brod in a Grand Final preliminary game, was impressed by the grassroots nature of Czech domestic rugby league, and vowed to further assist in its development with projects aimed at cooperation between the Catalans Dragons and the CZRLA as both institutions head into significant milestones in 2015 with 10 year establishment anniversary celebrations. 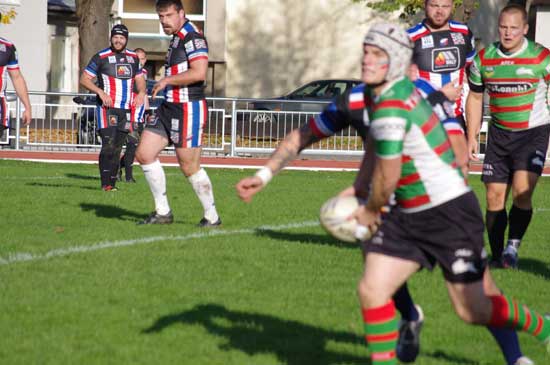