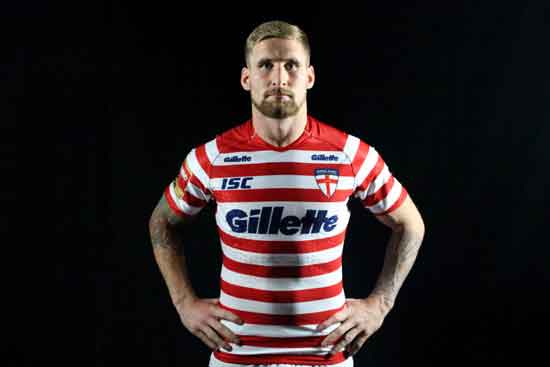 The England jersey is a red and white hooped design and features on its front the names of the Northern Union heroes who defied overwhelming odds to win the game and secure the Ashes.

With just nine fit men on the field at times during a match played five days after the second Test, England triumphed 14-6 with a performance which Australian journalists compared to the rearguard action staged by the British military against a Zulu army in South Africa in 1879.

England captain Sean O’Loughlin said: “It’s always an honour and a privilege to represent your country but to do so against Australia in a jersey which commemorates such an important event in the sport’s history is going to be even more special.

“All the players and staff are acutely aware of the fantastic tradition of sporting feats between England and Australia and this jersey will bring 100 years of rivalry out of the history books and on to the pitch.

“None of us will need extra incentive on Sunday but the chance to pull on the Rorke’s Drift jersey is one the whole squad is longing to grab with both hands.”

The jersey has been produced by ISC and is available for sale in limited numbers from Advantage Sports in Hull, Down Under Leisure in Wigan and Lovell Rugby – www.lovell-rugby.co.uk/

England v Australia at AAMI Park, Melbourne, will be broadcast live on BBC Two on Sunday October 2 from 4.30am.

For rugby league, the third Test between Australia and England on July 2, 1914 is a match that has become synonym for unquenchable bravery and determination, the very embodiment of the spirit of the game. But it almost never happened.

The tourists had arrived in Australia at the end of May and played six warm-up matches before the first Test. Although the first Test was originally scheduled for June 20, it was put back by mutual agreement to June 27.

But the date for the second Test, June 29, was not changed, so the two Tests were played within 48 hours of each other.

Faced with the third Test match being played on July 4, just five days after the second Test, and a spate of injuries to star players, the two co-managers of the British tourists, St Helens’ Joe Houghton and Huddersfield’s John Clifford, asked the New South Wales Rugby League (NSWRL), the de facto governing body of the Australian game, to postpone the match until August.

They wanted the match to be rescheduled after the tourists returned from the New Zealand leg of the tour in mid-August. They also proposed that the match be played in Melbourne, far away from rugby-playing New South Wales and Queensland.

Ted Larkin, the NSWRL secretary, refused to re-arrange the match. When the British managers told him they would not play, he telegrammed the Northern Union in protest.

The NSWRL’s keenness to play three Tests in nine days has traditionally been blamed on the desire to milk the cash cow as quickly as possible. But the third Test had always been scheduled for July 4, even before the tourists left the UK. The British management’s proposal to reschedule the third test to August in Melbourne was a major revision to the agreed tour itinerary.

And when viewed in the wider sporting context it is easy to see why Larkin and the NSWRL did not want to change their plans.

To counter the burgeoning popularity of rugby league, the NSW Rugby Union had invited the All Blacks over. They were to play NSW the week after the league Test. A week after that, on July 18, the Wallabies would face New Zealand in a full-blown Test match.

And at the start of August, Sydney would host the national Australian Rules carnival, when the six states would play each other in a major push to establish the Victorian code in Sydney.

If Rugby League had to wait until the middle of August to play the final Test match, momentum would lost and the initiative potentially passed to its rivals.

Back in England, the Northern Union committee received Larkin’s telegram with sympathy. Their stance was indicated by an unnamed ‘prominent forward’ in the touring party, who told the Sydney Morning Herald that the NU was “fully alive to the great possibilities of the 13-a-side code in NSW, and were not the men to sanction an action that would rob the Sydney public of witnessing the most important match of the tour”.

This was confirmed in the return telegram from Joe Platt, the NU secretary, which arrived at lunchtime the day before the match was due to take place: “we confidently anticipate that the best traditions of Northern Union football will be upheld by you. We hope that you will expend every atom of energy and skill you possess to secure victory; failing which, we hope you will lose like sportsmen.”

Despite this instruction, Joe Houghton still disagreed with the decision to go ahead with the match. It was left to his co-manager John Clifford to rally the players behind the decision just hours before the match.

Two decades later, Harold Wagstaff remembered how moved his side were by Clifford: “I was impressed and thrilled as never before or since by a speech.” The players left the meeting in steely silence.

When the team finally emerged onto the Sydney Cricket Ground pitch that afternoon, there were five changes from the side announced the previous Thursday. First choice players Gwyn Thomas, Johnny Rogers, Bert Jenkins and Fred Longstaff were all missing. Even Alf Wood, Thomas’s replacement at full-back, was playing with a badly-broken nose.

The match did not start well. Immediately after the Australians had kicked off, Halifax’s Frank Williams injured his knee and spent the rest of the first half hobbling around the pitch, before going off permanently early in the second half.

Douglas Clark broke his thumb and then he too was forced to go off in the second half after he fell awkwardly under Arthur Holloway’s tackle and dislocated his shoulder. When he realised he could no longer continue, Clark cried tears of frustration.

But the greater experience of the NU side told. Despite having only 11 fit players, they dominated play and led 9-0 at half-time, thanks to a try from Leeds’s Willie Davies and three goals from Oldham’s Alf Wood.

In the second half, the Australians tried to take advantage of the 11-man British side. Free-running South Sydney forward Billy Cann was moved out of the pack and into the backs. Australia were now playing with eight backs and five forwards against England’s seven backs and four forwards.

“It hardly seemed possible that England could withstand such force of numbers,” wrote the Sydney Morning Herald, ‘but so desperately stubborn was the defence that Australia was frustrated at every move.”

But then, with 20 minutes to go, Wagstaff cut throughout the Australian defence and passed to Chick Johnson, the Widnes forward who had taken Williams’s place on the wing, who cut in from the wing and was left with only Howard Hallett, the Australian full-back, to beat.

Faced with the chance to seal the match, Johnson’s forward instincts took over and, to the surprise of Hallett, he dropped the ball to his foot, grubber kicked it past the full-back and dribbled it over the line to score. Wood converted the try but it was not over.

A few minutes later Oldham’s Billy Hall was taken off with concussion and Australia finally began to click. Wally Messenger and Sid Deane touched down for unconverted tries and at one point the British were down to just nine men when Stuart Prosser went down winded.

The whistle could not come too soon, and when it did, it was Wagstaff’s men who had won the Ashes with a historic 14-6 victory.

More than anyone, the victory was owed to Wagstaff. The Sydney Morning Herald praised his generalship: “He tackled with the tenacity of a grizzly bear.”

Australian captain Sid Deane, who would later play for Oldham and Hull, recalled that “Wagstaff was not only brilliant in attack and wonderful in defence but his leadership was a most important factor in the team’s success.”

Douglas Clark wrote simply: ‘Harold was the man’. And for the man himself, he told the press that ‘it was the hardest game of my career’.

Indeed, Wagstaff and Clark’s deeds that afternoon had earned them Rugby League immortality. Not only had the team won against overwhelming odds, but in doing so they had taken international Rugby League to a new level.

The game now had a tradition to live up to, and pantheon of greats for players to aspire to. The match would shape Ashes Test matches for the rest of the century. 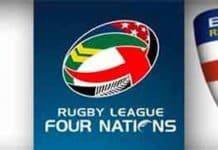