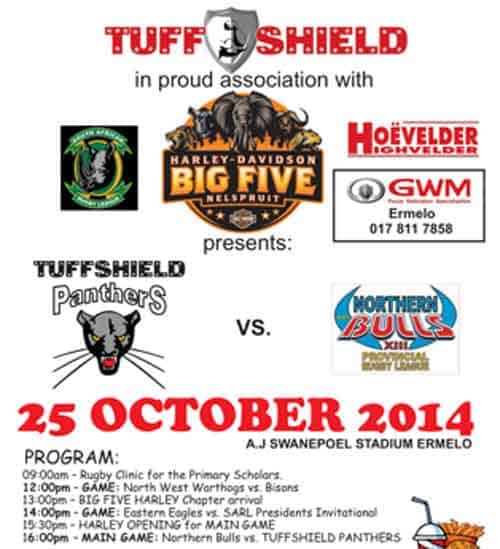 SARL today announced the training squad that will be used to select a President’s XIII to play against the Eastern Eagles at the AJ Swanepoel Stadium in Ermelo this weekend, the 25th of October. The weekend is full of rugby league activities, with three big matches on the day, as well as a School’s Clinic. The President’s XII form part of the national squad preparations for the upcoming tour against the British Community Lions in November 2014.

As part of this preparation, Ermelo is hosting a rugby day with two invitational matches and a provincial match.

Program for the day:

There will be Harley Davidson’s on display and also a big, roaring Harley Davidson Roar for the main match., beer garden, food stalls na d a jumping castle for the kids.