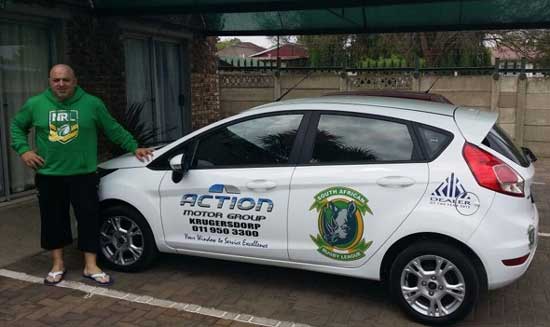 Brian Greige has coached internationally in the USA and New Zealand, and has extensive experience delivering top level coaching programs in Australia for the NRL. The primary goal of his extended trip is to spend time with the various club and regional coaches, delivering a series of coaching development workshops. In addition Brian will be working closely with Fanie Bredenhann, SARL Director of Coaching, with the national team management and players to get the Rhino’s ready for next years World Cup Qualifier.

South Africa lost the bid to host the 2017 RLIF World Cup to a combined bid from Australia and New Zealand, but will be eager to make an impression on the world stage in 2017 as they will certainly bid for 2021 again. Kobus Botha, President of SARL, was very excited about the coaching development program: “The coaching development pathway is a program that SARL has been working on since last year, and the first phase was to sent some coaching and match official experts to South Africa last year. This year we see a continuation on the program, but with the difference that Brian will be able to spend considerabel time in South Africa at the various provinces.”

The trip has the support of sponsors from both Australia and South Africa, and locally Brian is sponsored a vehicle by Action Ford Krugersdorp, making the program so much more feasible.