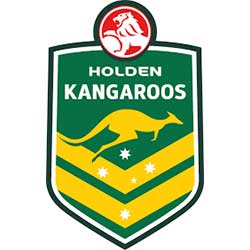 Australia announced their squad on Tuesday for the upcomming Rugby League Four Nations set to kick-off later this month in Brisbane.

There are many new faces in the Kangaroos team with 10 putting on the Roos jersey for the first time after a number of big name players withdrew due to injury.

On Wednesday Jarryd Hayne withdrew from the team after announcing he was off to chase his dream of playing in the NFL. His replacement is still to be announced.

Dear Readers, if you would like to talk more about the Four-Nations with other rugby league fans please visit ourinternational rugby league forums at http://forums.rugbyleagueplanet.com and have your say.