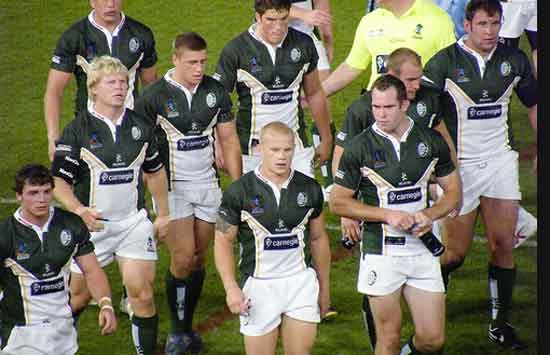 Ireland Head Coach Mark Aston has today announced a 29 man train on squad for the 2014 Rugby League European Championship during which the Wolfhounds will face France, Scotland and Wales.

Also included in the panel are seven members of the Ireland Amateur team who won the Celtic Nations Cup against Scotland and Wales in August of this year.

Meanwhile St Helen’s fullback Shannon McDonnell could make his long awaited debut for Ireland having missed out on both the 2008 and 2013 World Cups through injury.

Speaking on the announcement Aston said “I am delighted that we have eight of the world cup panel returning for 2014 and that we have been able to add a number of new players into the system.”

“The fixtures against France, Scotland and Wales are always exciting fixtures and I am sure that with the squads which have been announced this will be no different in 2014.”

Ireland will host France in their first game in Tallaght Stadium on the 18th of Octoberbefore the visit of Scotland on the 25th. They will then face Wales in Wrexham on the 2ndof November in the final game of the Championships.