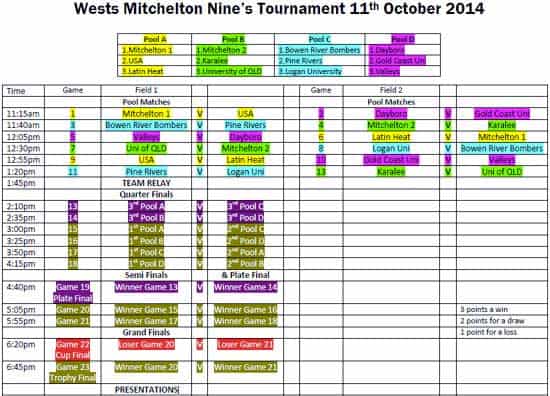 THE USA Tomahawks will stage a virtual reunion of the squad which took the 2013 Rugby League World Cup by storm, when the Americans appear at Saturday’s Mitchelton Nines in Brisbane.

Six members of the squad which made the quarter finals against Australia – Tui Samoa, Kristian Freed, Mark Offerdahl, Steve Howard, Danny Howard and David Mirando – will be pulling on the stars and stripes.

Unable to play due to injuries or contractual arrangements, NRL talents Joseph Paulo, Junior Paulo and Matt Petersen will watch from the sidelines along with other linchpins such as Mark Cantoni, Kelly McGill and Matt Shipway.

Meanwhile the Tomahawks have also enlisted three heritage players from the strong NSW Cup to make the trek north.

In a neat homage to host club Wests Mitchelton, the Tomahawks have given three Panthers products – Sam Ryan, Ethan Pringle and Rob Meikle – the chance to make cameo appearances in their squad.

The Tomahawks have drawn Pool A for the eight-hour tournament, kicking off proceedings with a game against Mitchelton at 11.15am, followed by a historic game against Latin America at 12:55pm.

The Latin American side, known as the GYG Heat, contains players with heritage from 24 non-traditional rugby league nations from Mexico down to Chile and Argentina.

For the first time the Heat will include players from Victoria and the ACT, and be boosted by the inclusion of Guyanan Commonwealth Games representative Kevin Mackenzie.

In total 12 teams will contest the tournament, including last year’s winners Dayboro and the always strong University of Queensland.

Quarter finals begin from 2.10am, with the tournament final scheduled for 6.30pm.