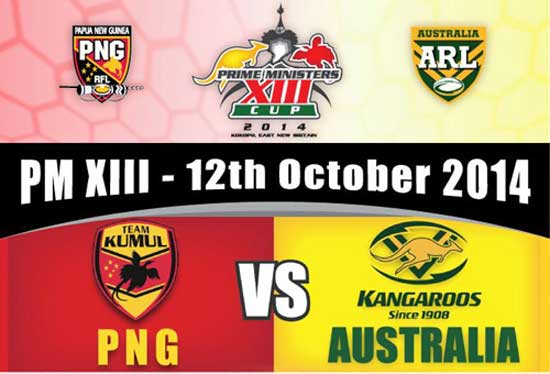 Tickets for the match are selling quickly and are still available at Agmark, Kokopo. The PNGRFL are urging fans to purchase their tickets quickly and ensure a capacity crowd is at the match to support a new look, young PNG team as they take on the might of Australia.

The coach of the Prime Minister’s XIII rugby league side, Laurie Daley, has been forced to return home due to a family Illness. He will be replaced as coach of the team to play Papua New Guinea on Sunday by Australian coach Tim Sheens.