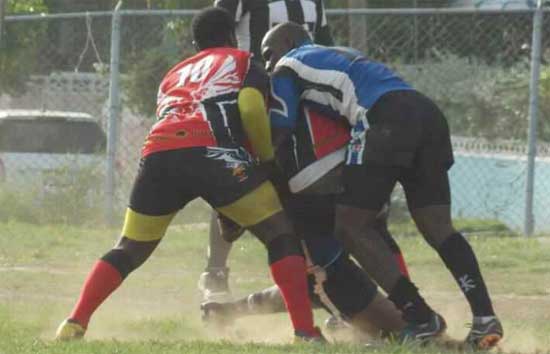 A new champion will be crowned in Jamaica’s premier rugby league competition after Liguanea Dragons upset defending champions Duhaney Park Red Sharks in their semi-final and GC Foster got past Jamaica Defence Force.

The Dragons will contest their first Grand Final in only their third season in the top flight after a dramatic 24-22 triumph. The holders, thanks to two tries from full back Joseph Shae, led 22-16 with 10 minutes to go. However, the Dragons roared back with tries from Ali Allwood and Demetrius Campbell to claim victory.

The Grand Final will be held at the UWI Mona Bowl on Saturday, 27th September, kick off 4pm.