Japan is nicknamed the “Land of the Rising Sun”. It is a unique country with a population of over 100 million people. Japanese people love their sports, both traditional ones and those brought in from overseas such as Football (soccer), Baseball and Rugby Union. What many Japanese people don’t know is that the sport of Rugby League has been played in the country for over 25 years.

The current Japanese Rugby League began in 2008 with two teams based in Tokyo. Currently they have 3 teams, two based in Tokyo (Tokyo 13 Warriors and Tokyo -Shinjuku Giants R.L.F.C) and one based in Osaka Area (Kansai Kaminari). This year, the Japanese had a 6 round club Competition with the Shinjuku Giants winning the competition.

In 2015, the Japanese are looking at expanding the domestic competition. They hope to have 2 divisions with 3 teams based in Osaka and 3 or 4 teams based in Tokyo. There are also plans to introduce a third division by 2018.

The national team (The Samurai) a looking at playing fixtures as well. They are going to be playing in the Cabramatta 9s next February and also play a 13 a side test match. The Japanese are also planning to tour Thailand in October, 2015, the details of this tour are still to be finalised.

With other nations in Asia such as the Philippines and Thailand starting up Rugby League, Japan could eventually build a rivalry with its Rugby League neighbours. Their main problem in the past has been trying to find regular opponents to play with and have regularly travelled to Sydney to face international competition. Hopefully with Rugby League spreading around Asia, Japan can flourish both internationally and domestically in the 13 man code! 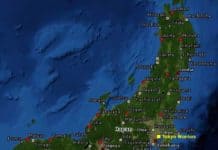