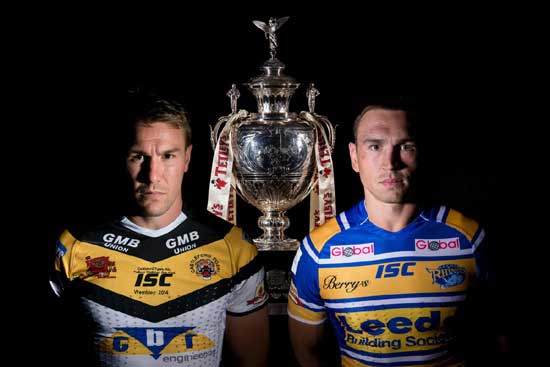 In the last month there has been a lot of International activity going on in Rugby League. Everywhere from Europe to the Americas and even Africa has witnessed the great game of the XIII man code. Here are a few highlights from the last month.

South Africa is an Rugby League nation on the growth. In the last month we have heard of several new clubs starting up in the Rainbow coloured nation. Some of these include the Bethal Broncos, The Pretoria East Rabbitohs and the Stilfontein Hurricanes. These new clubs will undoubtedly help increase playing numbers in the country and spread the game in the country.

The game in South Africa is also on the rise at representative level. South Africa sent an U/19 team to the recent Commonwealth games 9s in Glasgow in June of this year. They will also be hosting the Great Britain and Ireland Students next month for a 3 match tour including a possible visit from the Australian Universities and tri match series with the UAE and Lebanon. The British community Lions will also be visiting South Africa in November and December this year.

Russia
The Russians look like they have voted in a new president. The outgoing president and original founder of RL in Russia (Edgard Taturyan) moved aside for Dmitry Belov to become the new leader. A new region of the Russian Championship (the North East Conference) was added to the competition along with Moscow, Moscow Region and South. Their competition championships will occur in October and November.

Ireland
Rugby League in the Emerald Isle seems to be on the up in 2014. Ireland restarted its Ulster (Northern Ireland) League along with competitions also taking place in Leister and Munster. They also completed the first Irish Origin with players from Northern Ireland and the Republic playing a two game series. The Republic won the series 1-0.

The Irish have again help boost Rugby League in their country by takin out the Inaugural Celtic Nations competition with wins against Scotland and Wales. They also have the European Cup and the first inaugural U/19 Ireland team.

The RLEF meeting also took place in which 24 nations attended. From this meeting it was made known that there had been numerous positive increases in participation of Rugby League in member nations, some of these included;
-Eighteen countries now have domestic championships compared with 12 four years ago
– Eleven nations have government recognition, compared with seven in 2010
– There are eleven Full Members compared with five in 2010; eight Affiliates compared with five and 12 Observers compared with eight
– Prior to 2010, the RLEF had not raised any external funding. This compares with €525.000 accrued from 2010-13
– 16 coach and 14 match official tutors have been trained and qualified by the RLEF and are currently delivering Level 1 courses throughout the Federation.
There were also new nations present at the meeting such as Romania, Palestine and Georgia (who haven’t been involved in Rugby League since 2006).
Overall the meeting was considered a great success and there was a lot of positivity to come out of it.

USA
In Jacksonville, the Philadelphia Fight defeated the Jacksonville Axemen 30-18 in front of almost 3000 people at the UNF Stadium. This was the biggest crowd at a USARL Championship game and was the first time a game had been shown live on local Television. From all reports it was a fantastic game and a huge success in promoting Rugby League to the American public.