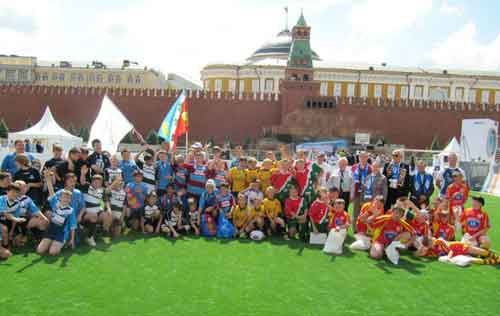 Following its AGM, the Russian rugby league (ARLK) has voted Dmitry Belov as its new president.

In February, Taturyan – who introduced rugby league to Russia in 1989 – was persuaded to resume the top job due to a perceived absence of suitable candidates.

The intervening six months was spent scouting for a potential successor with the necessary credentials to strengthen the sport’s position in the country.

He joined the rest of the 18 voting members in thanking Taturyan for his long service to the sport and supported his candidature for the vice presidency to ensure wise counsel and continuity as ARLK embarks on what the members described as: “an aggressive strategy.”

The new president and vice president are joined on the ARLK Board of Directors by Igor Ovchinnikov (head coach of the national team), Vladimir Kuschnerchuk (the president of Conference South), Dmitry Nechaev (Conference North East) and Vadim Fedchuk (Moscow Rugby League Federation).

The assembly also agreed six dates for the play-offs of the Russian championship, spanning September to November, with the new North East Conference – centred around the city of Perm’s new four-club competition – qualifying alongside Moscow, Moscow Region and South.