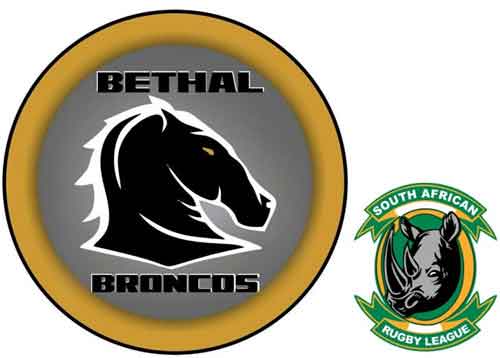 Gerry Gendal, chairman of the Broncos, is very excited about the year ahead and plans to mount a strong campaign to end up top of the log of the Protea Cup. The club has some excellent credentials, with Gerry having played at all levels, including internationally for the London Bronco’s in the early 90’s. He was also a prominent Rhino Player and the coach for the National Team. We can expect a very physical team as the area is renowned for their strong players.

Kobus Botha, President of SARL, is very excited about the new club: “The registration of new clubs is important to the growth of rugby league in South Africa, and the new National Club Championship is designed to promote, cultivate and entrench new clubs in the national set up. This forms part of SARL’s strategy for expansion into undeveloped territories and I for one am very happy with the excellent work being done by so many unsung heroes to promote the sport.”