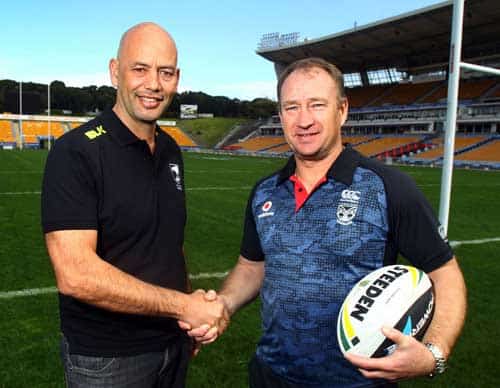 The two near neighbours have signaled their shared desire to promote homegrown players into professional and international careers, with the Warriors now becoming official partners in the NZRL youth development programme.

Players will compete for the Vodafone Warriors Most Valuable Player Award at the schools event and the franchise will feature prominently at youth expos planned for both tournaments.

“We are very different entities and sometimes have very different goals, but this is one we’re absolutely aligned on,” says NZRL chief executive Phil Holden. “We both want to provide young Kiwi players with the opportunity to play rugby league at the highest levels.

“This relationship is an acknowledgement that our development programmes have a formidable record in uncovering NRL talent, while the Warriors offer the most accessible pathway for our players into professional careers.”

“We recognise the important role the game’s governing body plays, along with Auckland Rugby League, in developing pathways for future NRL players and we’re delighted to support these events,” he said.

“We have been very impressed with the quality of players coming through these tournaments and many that come from a rugby union background.

“These events provide a great opportunity for the Vodafone Warriors to showcase the pathways we have in place for young players who are good enough to take the next step.”

Education and welfare manager Jerry Seuseu will attend as a host, underlining the importance the club places on career planning and welfare for young rugby league players who have dreams of becoming professional.