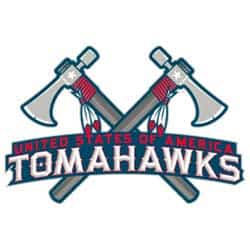 Well it had been a long time coming but the Canadian Wolverines have finally notched up their first Colonial Cup series win.

In front of 7,356 rugby league fans on Saturday night in Toronto the Wolverines made history in style. Not only did they defeat the USA but they did it by putting on nine tries.  With the half time score 18 – 4 in favour of Canada, the 2nd half continued the onslaught with the USA unable to contain the Canadians.

The result is all the more surprising considering that the USA were the stars of the 2013 Rugby League World Cup.

On the back of the Wolverines result, Canada will now fancy their chances of making their first every Rugby League World Cup with qualifiers set to be announced later in the year.

Taking nothing away from Canada, questions will now turn to the strength of the USA team with the split between USARL and AMNRL possibly to blame for their performance. Many will be hoping that the Rugby League International Federation can broker a peace deal between the two organisations ahead of 2017 Rugby League World Cup qualifiers.