The annual CZRLA International 9s Tournament, held in Pardubice, has been won by the Skane club, from Sweden, ensuring that each of the 4 years of the competition has produced 4 different winners from 4 different countries, with the recently rebranded Roosters following Lebanon’s LAU, BARLA Youth, and the Belgrade Selection in being crowned champions.

Skane defeated the Elephants 13 team from Hungary in the final, after both went through their 3 pool matches undefeated. The host club, the Pardubice Jets, defeated Mikulov-HB to take out the 3rd place play-off, the Budapest Selection drew with Usti nad Labem in the 5th place play-off, and the gallant Lodz Magpies, from Poland, went down to the Vrchlabi Mad Squirrels in the final play-off game.

This year’s tournament was notable for several ‘firsts’, including a pool rounds clash between 2 clubs who have forged an alliance with the NRL powerhouse and current World Club Champions, the Sydney Roosters – Sweden’s Skane & the Czech Republic’s Mikulov – as well as the first ever Women’s Rugby League match played in the Czech Republic – between Czech’s Vrchlabi Mad Squirrels and the Elephants 13 Ladies selection – and also the first time that Poland’s only rugby league club, the Lodz Magpies, have played outside of their native country and, although they did not manage to an historic first win, they did break the club’s try-scoring drought, running in several during the course of the day, showing great spirit and enthusiasm in the process.

The Skane Roosters player-manager, Paul Briggs, was ecstatic about the victory, declaring that going through the tournament undefeated in the 35 degree heat had been incredibly tough, but also ‘so rewarding for our young Swede players’. Two of the Roosters young Swedish tyros, Carl Lindblom and Christopher Vannnerberg, were named joint Players of the Tournament, in the men’s division. Briggs declared that the CZRLA International 9s to have been an ’awesome experience’ for his team, both on the field and off.

Hungary’s Elephants 13 club doyen, Zsolt Lukacs, was equally ebullient about the CZRLA International 9s, and the performances of all 3 Hungarian teams, declaring ‘We are all very happy about the games and the results. It was great development again‘.

The Elephants 13 Ladies Selection played 2 games of 9s on the day, against the Vrchlabi Mad Squirrels, giving the latter Ladies team an historic first taste of competitive rugby league. Both teams were imressive, playing out a 16-all draw in their first game before the Elephants defeated the Mad Squirrels 30-16 in their second encounter. The skill level on show between the two rookie teams was best typified by the dazzling flick pass from the Elephants Fanni Kiss which set-up the decisive try in the second game. Kiss’s all-round performances in the games led to her being awarded the Player of the Tournament for the women’s section.
Pardubice Jets 1st team coach, Board member, and Tournament Organiser, Darek Blatak, summed up the spirit of the day by stating that: ‘all our hard work was rewarded with a very good day for rugby league, with teams from four countries participating and all of the games being played in great spirit’. 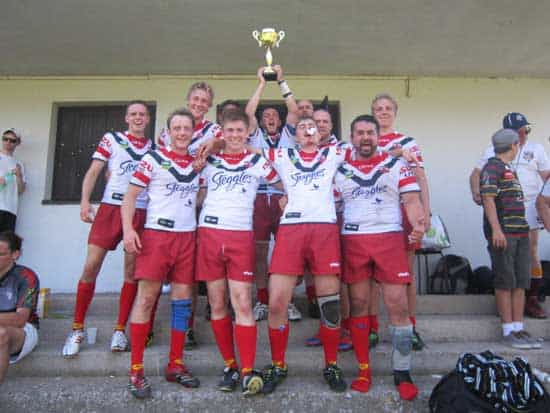 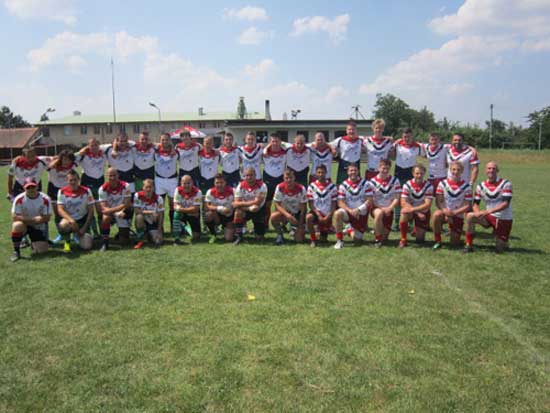 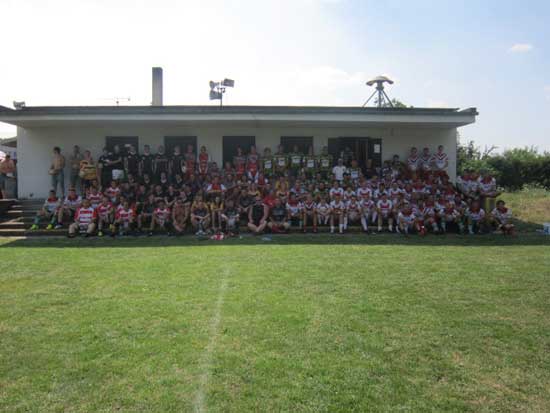