Also known as The Saints or the Red V, St Helens play out of Langtree Park.

Many class St Helens RLFC as one of the most succesful rugby league teams in the super league era.

LATEST ST HELENS RLFC NEWS FROM AROUND THE WEB

Great night seeing @Tyson_Fury topped off with a photo with the main man, our Kristian 😂 @Saints1890

If Regan Grace leaves @Saints1890 , I would look to sign @ashton_hewitt , would really like to see him play Super league. I think he’d be amazing , I’d love to see him at @scarlets_rugby , Regan and Ashton are two of my favourite wingers

Nice 1 Deon. I see the salford reds are rising. From the @Saints1890 fans!

With his try today, Deon Cross (@DeonCross31) has become only the 5th @SalfordDevils player to score in five consecutive @SuperLeague fixtures.

Superb @SuperLeague pic from the @DragonsOfficiel win over @Saints1890 last night. Incredible athleticism from Grace but sheer determination by Romano to make the try saving tackle late in the match. Phenomenal

Ask @Saints1890 supporters what do French clubs bring to @SuperLeague?
Every one we met yesterday said they had the time of their lives at the Brutus, even in defeat.
Brilliant, brilliant supporters.
❤️💛🐉😇

Fantastic to be back in Perpignan this weekend watching @Saints1890 🇫🇷

Reading so much BS about @Saints1890 and needing a kicker. Everyone that was missed was from the touchline, something extremely difficult for all the “natural kickers” you’re all screaming for

Just got home from Toulouse and my immediate thoughts are of thousands of @WiganWarriorsRL and @Saints1890 fans who will be in perfect harmony for the first time in their history, singing for the Olympians at next week's @SuperLeague Magic Weekend.
❤️💛 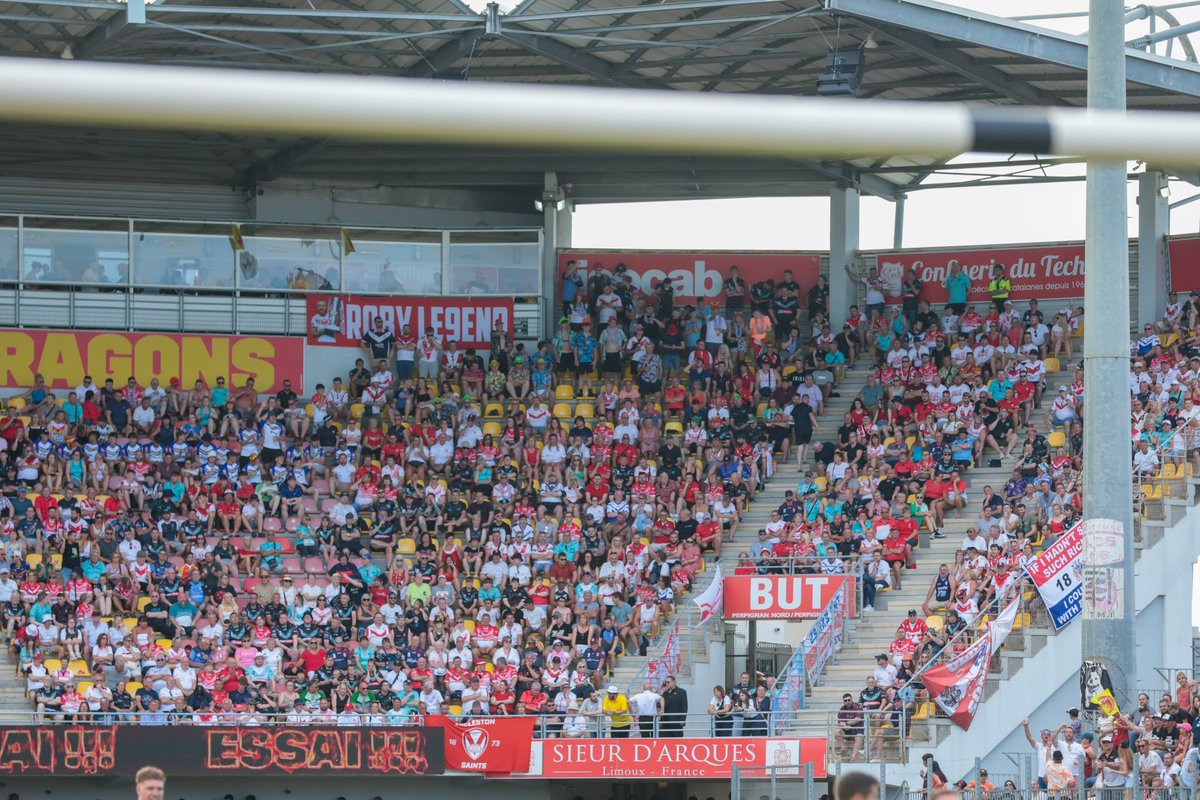