Russia are pulling out all stops to bring a young talented footballer from Glenn Innes in east Auckland, New Zealand into their line-up for the upcoming internationals.

Dima Ivanouchkin who is 20 years old has been playing rugby league for 3 years. Ivanouchkin has picked up the greatest game very quickly. He currently plays for Otahuhu Rugby League Club which is the premier side in the Fox Memorial Cup.

So how did a Russian who now plays rugby league end up on the other side of the World in New Zealand? Ivanouchkin explains “well it’s funny because my parents came to New Zealand to be in the circus and I followed my parents and grew up traveling the world doing acrobatics in the circus. So I came with them to New Zealand”

With The Russian Association of Rugby League clubs looking for sponsors to assist with the airfares and accommodation required to bring the 20 year old to Russia, Ivanouchkin explains the motivation behind representing his country of birth.

“Well to be honest I’ve never really thought about playing and representing my country at a younger age because I didn’t realise the importance of it. Not living with my mum or my dad and being taken care of by other families, I’ve grown up with different cultures and learnt different values. As I got older I guess my Russian side caught up with me and made me realise things I didn’t really think about before. I have to respect where I came from and where I was born so I would love to play my heart out for the country and people that gave birth to me”

Russia have a good chance of topping the Rugby League European Championship B table this year and will come up against other teams who will also have players from abroad.

If there are businesses out there who can give Dima a helping hand then please contact Russian Rugby League President Edgard A. Taturyan. Below is the Letter from Edgard asking for assistance.

By this letter I confirm that Russian Association of Rugby League Clubs (Russian Rugby League – www.rrlf.ru ) is looking for sponsors to cover the international expenses (airfare, hotel, meals, transportation, insurance) for Dima Ivanouchkin dimaivanouchkine@gmail.com Russian heritage New Zealand Rugby League player who dreams to play for Russia in European Championship, Group “B” as below:

In return for your sponsorship for Dima your company would be advertised as his sponsor during Russia international home matches at the stadium, at our Official Site (www.rrlf.ru), and also via Twitter, FB, social nets, Russian and International mass media, Internet, etc.

If you have any questions, do not hesitate to contact me as below.

Many thanks for your cooperation in this matter.

I look forward to hearing from you at your earliest convenience. 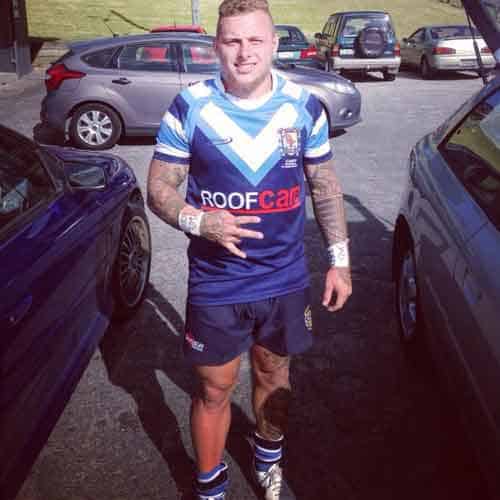