The fantastic success of Rugby League World Cup 2013 was put into sharp perspective today with the publication of the official Tournament Review.

The Review was launched at an event at MediaCityUK in Salford and details the sporting, social, economic and cultural impact made both during and since the 14-nation tournament was staged in the autumn of 2013.

Speaking at the launch, RLWC2013 Tournament Director Nigel Wood said the tournament had provided a platform that will allow the whole sport to grow, both in the UK and across the globe over the next decade and beyond.

“We believe that the success factors identified before the opening game of Rugby League World Cup 2013 were comprehensively delivered against,” said Wood.

“From the opening games beneath the closed roof of Cardiff’s Millennium Stadium to the final at the Theatre of Dreams, Old Trafford, RLWC2013 fired the imagination of fans and the wider public like no Rugby League tournament before it.

“As a sporting spectacle, it was truly wonderful; I’m also delighted that the impact of RLWC2013 stretched beyond the field of play thanks to hugely successful arts, dance and education programmes which touched the lives of thousands of young people.

“The success of RLWC2013 was made possible by the passion, the vision and the commitment of a great many people, including hundreds of volunteers, the dedicated staff who worked tirelessly throughout the tournament and those involved in the host towns and cities.

“Above all the tournament came alive thanks to the supporters from the UK and around the world who ensured that this great celebration of international Rugby League was enjoyed by all who came into contact with it.”

Wood also revealed that the bumper crowds and commercial success of RLWC2013 had allowed the tournament to deliver a record financial return in excess of £3.7 million to the Rugby League International Federation.

The tournament featured 28 games at 21 venues over a five-week period between October 26 and November 30 and was watched live by over 450,000 spectators. It was also watched by an audience of 18.8 million television viewers in the key territories of UK, Ireland, Australia and New Zealand.

The tournament reached new areas and attracted new fans to the sport with 14 per cent of tickets purchased by people gaining their first experience of Rugby League whilst 38 per cent of ticket sales were to people residing outside the North of England.

Rugby League’s reputation as a family friendly sport is reflected in the attendance statistics which show that 73 per cent of people watched matches as a family. One third (32 per cent) of the attendees were women and 35 per cent attended with children whilst two thirds (65 per cent) belonged to socio-economic groups ABC1.

The inspirational nature of RLWC2013 is also highlighted in the feedback from fans following the tournament, more than 12,500 of whom indicated they have been inspired to begin playing Rugby League, or play more than previously.

The event experience provided for fans at the matches was highly rated, with 91 per cent of spectators rating their RLWC2013 experience as 8+ or more out of 10 and 73 per cent of fans stating it was better than any other sporting event they had attended in the past.

RLWC2013 General Manager Sally Bolton said: “After the excitement and euphoria of the tournament and what we felt we had achieved in terms of fan engagement and reach, it is very satisfying to have that reflected in the research findings.

“The staging of the tournament was always focused on generating increased interest in and engagement with the sport and these findings show the opportunity that the sport now has to grow.” 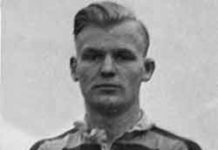