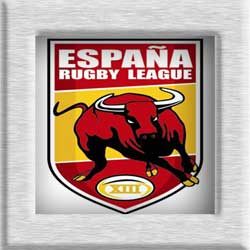 History was made on Sunday as the first Spanish rugby league championship kicked off with a match between Valencian Warriors and CRAC in Muro de Alcoy, Alicante.

Around 300 fans attended at the La Llometa stadium to see CRAC win 28-18 in the Campeonato Nacional de Rugby League.

Victorious coach Juan Cotes said, “This was a really hard-fought victory against a strong team. This competition will be very good and I think rugby league in Spain has a great future.”

His opposite number Javi Poveda was equally encouraged, “I think the game was electric,” he noted. “They worked very hard and have improved a lot since the last time we played in a friendly and it’s just left for me to congratulate them. The AERL [Asociacion Espanol Rugby League] and RLEF are working well in the organisation of the championship in Spain. It will be very good to see more matches like this.”