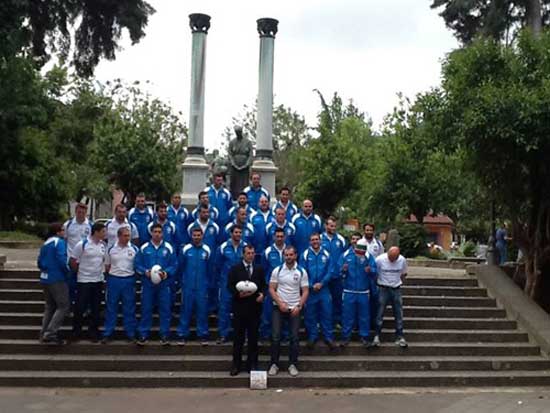 The wait for the first official fixture in 2014 for the Italian Azzurri is already approaching, the Azzurri will fly to Watamu (in Kenya) to challenge a representative team of the African country on March 21.

Kenya, has become more and more confident over recent years in rugby union, growing today to over 30,000 participants within their federation (compared to 77 thousand of the Italian rugby union movement). Their technical level s have expressed at a higher level especially in rugby 7’s and are trying to reac greater levels in rugby union due to the upcoming participation of their national selection in the Vodacom Cup in 2014, but that does not leave anything to chance even for Rugby League.

So what better time, then now, with the FIRFL Azzurri already engaged with important internal social activities in the African country? The International meeting will be held in Watamu , where the Federal Association is chaired by David Massitti and have set up the project “Kenya Charity Camp Firfl”. The Federeleague , in fac , in recent months sent some federal trainers to Kenya, especially in orphanages based in Watamu and Malindi.

The purpose of the FIRFL technical staff is not just to simply to teach and instill the values of rugby league with children in Africa, but also to help a country that , beyond the reality of the orphanages , is definitely in need of some fortune.

The International match on 21 March falls in their direction, with Italian athletes who, during their period of stay in Kenya, will become available through their expertise with volunteer work such as maintenance of their hospitals and other structure. In short, rugby league, to be precise is in the foreground, but with more focus aimed at the social mission that the Italian national members will be ambassadors for.

The FIRFL will begin its first major event soon with the first “step ” of the official 2014 season being held on 15 and 16 March in Avezzano , where the Italian Cup (Coppa Italia) Finals will be played.