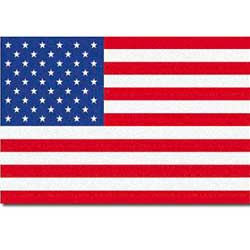 Overview: 2013 RLWC co-hosts Wales will be looking to put on a good show in front of a home crowd at the home of the North Wales Crusaders. The match itself will be game two of the World Cup for Wales. Wales have been the big improvers at international level which saw them take part in the Rugby League Four Nations back in 2011. They will be looking to build on the progress made since then and will be hoping to top their group and book a place in the quarter finals.

Wales lost their opening match to Italy so the pressure will be on Wales to win this match in front of Welsh fans and stay in the race for a quarter finals place.

The United States will be taking their 2nd match of the World Cup seriously when they travel to Wrexham to take on Wales. The lads from the US didn’t travel half way around the world just to make up the numbers. They will be out to prove they deserve to be in the World Cup and of course looking to defy the odds and come up with their second win.

The USA have really surprised everyone in the World Cup so far. They beat France in a world cup warm-up match and defeated the Cook Islands and their 1st ever rugby league world cup match. The USA will be looking to continue their dream start, against the Welsh at Wrexham.