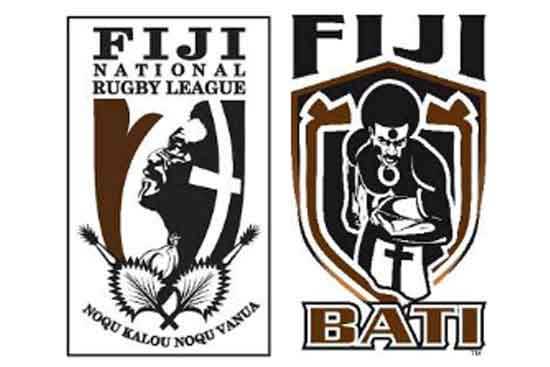 Akila Uate bagged a hat-trick of tries as Fiji opened its World Cup account with a 32-14 defeat of Ireland.

The Newcastle Knights winger and his NRL teammate Kevin Naiqama were two of the stars for the Bati who ran riot in a wet night in Rochdale.

With the three Sims brothers fired up and the Fijian pack delivering some punishing hits in defence, Ireland were under the pump early on. The Irish struggled to get out of their own half as Fiji’s hulking forwards battered them back.

Uate got the first try thanks to a lovely cut-out pass from Naiqama out wide in the ninth minute. The fullback got on the scoreboard himself just three minutes later, showing some lovely footwork to beat a few defenders and glide over. At this point the Fijians were flying and captain Petero Civoniceva was held up over the line three minutes later. Things got a little testy at this point, with tempers starting to flare and both teams descending into a bit of niggle.

Aston Sims took exception to being rammed into the turf by Ireland’s James Hasson, who then took a massive tackle from two of the Sims brothers as he took the ball up in the ensuing play.

Fiji lost its composure and Ireland worked its way back into the game, a string of penalties allowing them to camp on the Bati’s line and in the 23rd minute the pressure paid off, Tyrone McCarthy burrowing over to make it 10-4.

Fiji continued to go overboard in the aggression stakes and replacement Elani Vunakece was given 10 minutes in the sin bin for a high shot on Ireland’s Rory Kostjasyn.

On the stroke of halftime Fiji received a penalty and Wes Naiqama converted to take the scores to 12-4 at the break. Then the heavens opened and when both teams returned from the sheds it was to a sodden pitch.

The heavy rain affected the conditions greatly and both sides struggled to hold the ball. Fiji broke the deadlock in the 51st minute when Tariq Sims scored after Ireland failed to clean up a kick. Uate claimed his second four-pointer 12 minutes later after another classy backline play ended with Kevin Naiquama finding the former NSW Origin representative in space on the wing.

The Bati wrapped up the match with 14 minutes left on the clock after Korbin Sims grounded a high bomb. The video referee awarded a benefit of the doubt try with several bodies in the mix. Uate reached his hat-trick in the 72nd minute, this time displaying his devastating power as he beat four tacklers to force his way over the line.

With the win secured Ireland hit back to score two quick tries in the remaining eight minutes. Winger Damien Blanch scored after a deflected kick gave him an open run in the corner, and then forward Hasson barged over from short range to the score a more respectable 32-14.

Fiji displayed enough tonight to show they will provide tough opposition to both Australia and England in their next games. Ireland go back to the drawing board and will need a miracle to get a result in their upcoming games.