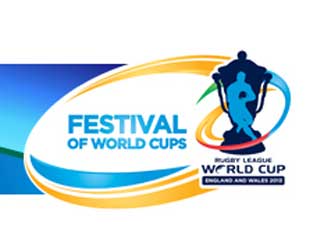 South African Rugby League is proud to announce RUGGIT Wear as the official sponsor of the 2013 Student World Cup Team. The team, although not recognized by SASCOC, will be travelling to Leeds in the United Kingdom to represent South Africa as they take on Wales, Ireland and England in the first round. A strong performance will see them face off against either of Russia, Scotland, New Zealand or Australia in the semi-finals.

Rugby league has been active in South Africa since 1958 but was banned between 1962 and 1995 due to political reasons. It is currently still an amateur sport, but the recognition of rugby league as a Commonwealth Games Federation sport in 2011 has helped to raise the profile. RUGGIT Wear, a local company that manufactures and distributes sport, corporate and safety clothing in South Africa, has always been a strong supporter of the sport, and Jaque van der Merwe, Chairman of RUGGIT had the following to say: “As RUGGIT we are proud to sponsor this team of youngsters to realize their goal of playing in a World Cup for South Africa. They are a young and energetic team and it is wrong for the players to suffer due to politics within SASCOC’s structures. Rugby league is an international sport with a big following and we look forward to growing the sport in South Africa in the next few years.”

The team, coached by Fanie Bredenhann, Jonothan Soares, Deon Kraemer and Nicholas Espin, has been training every weekend for the past 3 months and Kobus Botha, President of SARL, is suitably proud of the team. “This is the strongest, fittest and most well-prepared team that South African Rugby League has ever sent across, and we are extremely proud of the team and cannot wait for them to bring home the silverware” said Kobus Botha when asked about the team’s chances and preparations.

The team departs on the 1st of July from OR Tambo Airport and will be based in Leeds for the duration of the tournament. They will first play against Wales on the 4th of July, before they face off against Ireland on the 7th and England on the 10th of July. The Student World Cup final will be played at Headingly Stadium in Leeds on the 14th of July.

Rugby league, in spite of being one of the bigger international team contact sports worldwide, has been struggling with getting recognition from SASCOC as a sporting code, and have received no support of any kind from either SASCOC or the Department of Sport and Recreation, even though South Africa is considered a Test Nation by the RLIF and the Commonwealth Games Federation.