On the 4th May 2013, another 13 newly qualified rugby league coaches are present in Italy.

FIRL, concluded the second official coaching course in the history of Italian rugby league since the revival of the sport in Italy in 1995.

The course took place over two weekends, from April 27, 2013 until May 4, and was run by FIRL’s, RLEF qualified tutors who trained and prepared 13 new coaches in line with RLEF’s European standards.

The 13 new coaches demonstrated great enthusiasm during the course and unanimously expressed that the course was extremely useful, interesting and accurate for rugby league with a good balance between theory and practice.

Riccardo Dodi, new coach of Milan’s XIII del Duomo, said that the concepts that I learned during this first level rugby league course, are critical to the safe and correct coaching of rugby league.

Kelly Rolleston, tutor and federal technician, said he was very happy with what he has been able to convey to the new coaches, and with what the coaches have learned during this course.

In Italy there are now 22 coaches who have the FIRL/RLEF first level qualification. Most of which will be coaching teams participating in this yearâ€™s Series A RL competition. 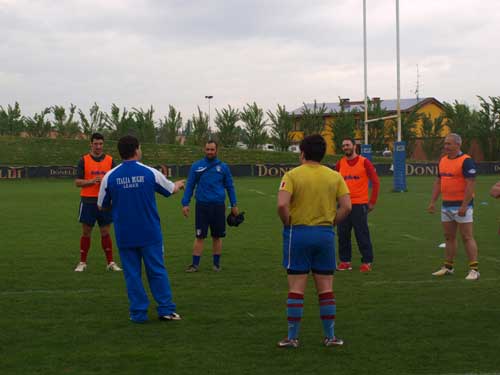