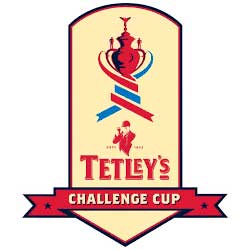 The ties for the fourth round of the Tetley’s Challenge Cup have been released with teams still flying the flag for Wales and France in the English dominated tournament.

The North Wales Crusaders who currently play in Championship One (3rd tier in UK) will have a tough mission on their hands as they take on Super League team Hull FC at Hull.

Down to the South of France and two teams are still in the knock-out tournament.

The French Super League team Catalan Dragons will also travel to England to take on Hunslet Hawks who play in the Championship in the UK (2nd Tier in UK). This should be an easy game for the Catalan Dragons and should see them continue onto the 5th round of the Challenge Cup.