Digicel Cup will be officially launched this Thursday April 11th. The first games of the year will kick off this coming Sunday the 14th of April.

Papua New Guineaâ€™s premier sport-rugby league has better days to come thanks to Digicel PNGâ€™s support as the Naming Rights sponsor of the competition for the next three years.

Today marks the dawn of another three promising bigger, better years for PNGâ€™s semi-professional rugby league with an investment of K3m from Digicel. This partnership will see the level and standard of rugby league in the country further strengthened and improved.

Digicel officially made the commitment during a press conference today in the presence of PNGNRL, franchise representatives, support sponsors and the media at the Digicel headquarters in Port Moresby.

Commenting on the Sponsorship, Digicel PNG CEO-John Mangos said; â€œSince taking this game on-board two years ago, we have seen a tremendous turn around in terms of the following of the game as well in the safe and friendlier family-oriented game atmosphere throughout the past two seasons.

As a brand, we pride ourselves in creating an entertaining environment where the whole family can go to during weekends. We have seen an improvement so far and I applaud PNGNRL for its management and commitment in ensuring that violence is not tolerated both on and off field. We look forward to continue working with all stakeholders in making the Digicel Cup bigger and better in the coming three years.â€

Interim Chairman of PNGNRL-Sudir Guru thanked Digicel for its continuous assistance. He said; â€œThe support from Digicel is invaluable and the dedication and involvement in every aspect of the Cup is tremendous.

The PNGNRL is committed to Digicel as a major partner in the development of the game and to deliver an experience that exceeds expectations.â€

Since coming onboard as the Naming Rights Sponsor of PNGâ€™s premier rugby league competition and, working alongside the partnerships of PNGNRL, support sponsors and franchise owners, Digicel has seen a major overall improvement in the game.

â€¢             To date, Digicelâ€™s marketing support has seen rugby league spectator or following increase by about 20% at each venue.

â€¢             This increase has been attributed to the marketing support from Digicel and PNGNRL’s commitment to making each venue a safe and pleasant experience for spectators especially children, women and corporate visitors.

â€¢             Also, PNGNRL has implemented a zero tolerance rule and very harsh penalties on players and teams that bring the game into disrepute.

After ten years of operation, Digicel Group Limited has 11.5 million customers across its 30 markets in the Caribbean, Central America and the Pacific. The company is renowned for delivering best value, best service and best network. Visit www.digicelgroup.com for more information. 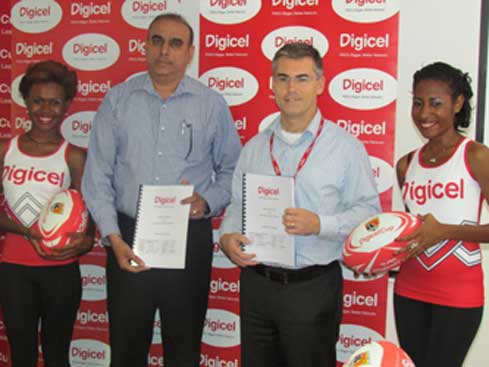