It didnâ€™t take long for Philippines National Rugby League (PNRL) board member Tom Simpson to start Rugby League development in the Philippines after retiring to the province of Zambales with his family last March.

Tom has linked up with another PNRL board member David Perry to bring Rugby League to the province, North of Manila.

Always believing in the capacity of local Filipinos to play a contact sport like Rugby league, with their fanatical following of the sport of boxing in Manny Pacquiao and being renowned throughout the Asian Basket Ball circuit for their physicality in what is suppose to be a non-contact sport. Tom and David have brought Rugby League into Zambales.

Beginning with local children to start off with, Tom started coaching a group of half a dozen children rugby league on the beaches of San Narciso. With local teenagers and young adults not wanting to be left out, they joined in the fun. For the past month now Tom has been coaching 30 local children, teenagers and young adults the fundamentals of the â€œGreatest Game of Allâ€!

With the Philippine governmentâ€™s maritime academy the Philippine Merchant Marine Academy (PMMA) only up the road from San Narciso beach. Tom and David organized a meeting with the academyâ€™s President, Admiral Richard U Ritual a week ago and he has agreed to allow Rugby League coaching to commence at the Academy in June.

There are currently 700 cadets at PMMA and Admiral Ritual insisted that the Rugby League development program be opened up to local residents, not just his cadets. So Tom and David can combine the Rugby League coaching program with the residents of San Narciso Beach and the cadets at the academy.

The strategic plan of the PNRL is to introduce Rugby league in the Philippines through the Maritime industry with the ground work already having been laid down in 2012 by local PNRL board members Rick Hartley, Tony Shibley and Cobi De Leon by introducing Rugby League to the Rugby Union players at the private maritime academy at Mariveles Bataan, the Maritime Academy of Asia and the Pacific (MAAP) and various maritime companies in Manila and Subic Bay.

It will not be long before these two highly respected Maritime academic institutions MAAP and PMMA will develop the local derby rivalry which is so familiar to the sport in Australia.

Focusing on the Maritime Industry strategy, Tom and David are also building on the work started by Rick, Tony and Cobi by taking over their role of coaching Rugby league at WÃ¤rtsilÃ¤ Subic Inc. which is a Finland based company with maritime engineering business in the Philippines; with their 54 company trainees participating in Rugby league coaching clinics every Sunday, which commenced on the 17th of March.

PNRL board members living in the Philippines have been doing their Rugby League development work as volunteers, with no financial support. The PNRL is eager to find financial support to continue their work. So any enquiries and offers of support can be directed to the contact details that is located on the PNRL website www.pnrlf.com 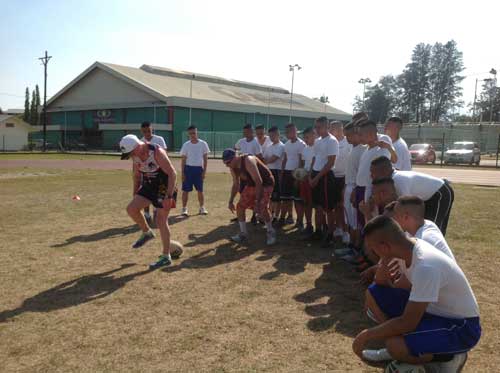 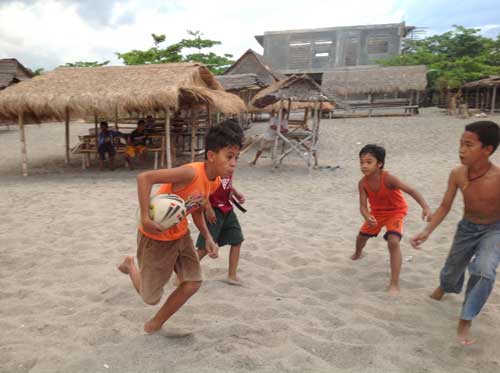 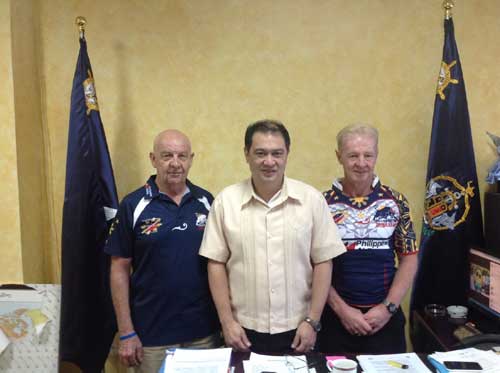