The 2013 rugby league season in Sweden will open with a 7’s tournament hosted by Kungsbacka Rugby Club on the 23rd March. The 7’s tournament will have an international flavour with teams from Denmark and Norway taking part.

A week later the regular rugby league season kicks off with ShÃ¥ne taking on Copenhagen.

The Swedish have been hard at work with 3 more referees added to their refereeing ranks after completing a refereeing course in Oslo over the weekend. This now gives the Swedish 7 referees to cover the regular season games along with 7’s and internationals.

The referees will be on hight alert come Saturday with the world famous shoulder charge also being placed on the banned list in Sweden.

Later in the year the Swedish will take on Denmark and Norway in the Viking Tri-Nations series. Dates and fixtures details are still to be confirmed.

Here is a short bullet list of the most significant changes
â€¢ Matches are played on a seven-a-side pitch that measures 70 * 45 meters
â€¢ Matches have two halves of seven minutes
â€¢ Unlimited substitutions are allowed from a squad totaling 12 players
â€¢ Smaller scrums formed from the three forwards on each team.
â€¢ All kicks for goal should be drop kicks
â€¢ After points have been scored a tap-kick restart is taken by the non-scoring side
â€¢ The tackle limit is reduced from 6 to 4 and no shoulder charging is permitted. 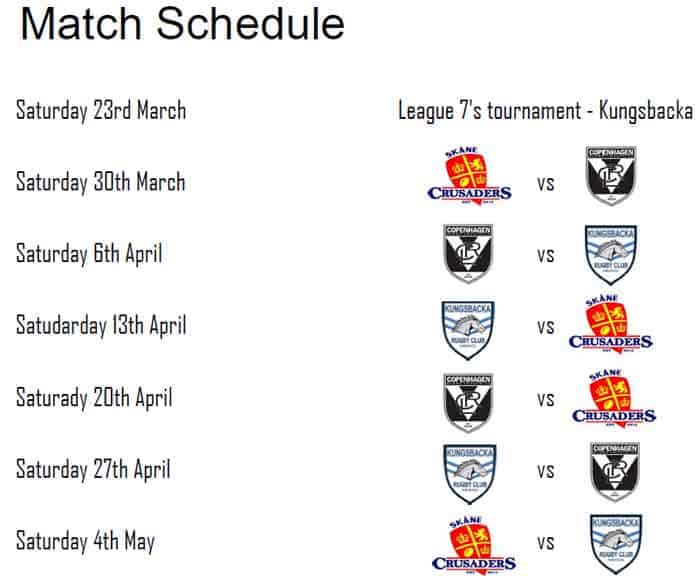 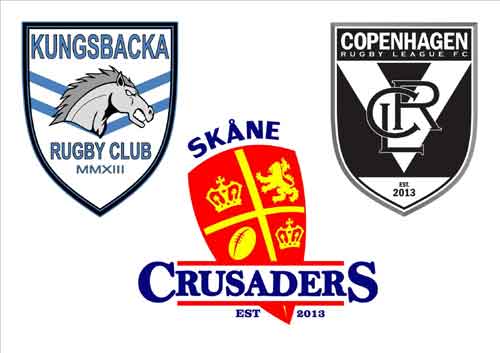