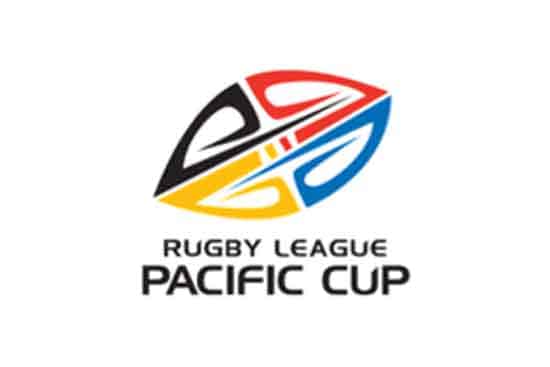 2009 Pacific Cup Flashback – The 2009 Pacific Cup was a big improvement on past rugby league tournaments involving pacific nations. On the back of the growth of the international game and a successful 2008 World Cup the Rugby League International Federation (RLIF) implemented a schedule that included ongoing international competitions for 2nd tier rugby league nations in the pacific. The new tournament saw the winner qualify as the 4th nation for the 2010 Four Nations held in the Southern Hemisphere involving Australia, England and New Zealand.

The RLIF announced that Papua New Guinea, Tonga and Fiji automatically qualified. The remaining two teams Samoa (Last place pacific team in 2008 World Cup) and the Cook Islands (Missed out on Qualifying for the 2008 World Cup) played each other in a Pacific Cup Qualifier. The qualifying game took place in Cairns, Australia on the 17th of October. Samoa went in as red hot favourites with a team full of NRL and Super League players. The Cook Islands team were massive underdogs but caused a major upset by defeating Samoa 22 – 20 in Cairns. A defeated Samoa were in shock as they were sent packing and missed out on qualifying for the Pacific Cup.

The Pacific Cup tournament took place in Port Moresby, Papua New Guinea as a reward for their performance in the World Cup. The competition ran over two weekends from the October 24th to November 1st. The tournament was configured in a knockout type format with two games being played on the first weekend. The winners of the two knockout games played each other the following weekend for the Pacific Cup title and a place in the 2010 Four Nations. The two losing teams played each other for ranking positions.

The 2009 Pacific Cup tournament was a great success with some great rugby league on display from the pacific nations. In the first weekend the Cook Islands continued their giant killing run by defeating 2008 World Cup semi finalists Fiji 24 – 22 to book a place in the final. In the other game Papua New Guinea easily accounted for Tonga 44 – 14 and also booked a place in the final.

Week two saw Fiji restore some pride by defeating Tonga 26 – 16 in a play-off for 3rd place. Tonga were forced into qualifying for the 2011 Pacific Cup. The final saw PNG locals witness their home team run away with the game at a packed Lloyd Robson Oval in Port Moresby. Papua New Guinea’s win had double meaning as they also secured a place in the 2010 Four Nations series. The win to PNG also ended the fairytale ride for the Cook Islands.

The Pacific Cup was due to be played again in 2011 but was cancelled due to the finances required to run the tournament. It is hoped that the Pacific Cup returns in some shape or form in the near future to provide all Pacific nations a pathway to qualify for the Rugby League Four Nations tournament.

Dear Readers, if you would like to talk more about the Pacific Cup with other rugby league fans please visit our international rugby league forums at http://forums.rugbyleagueplanet.com and have your say.