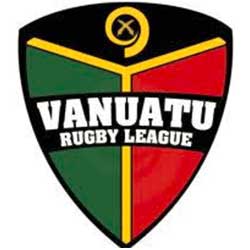 Townville Brothers, an A Grade side considered to be one of the best club teams in North Queensland, started very strongly to lead 4-0 at quarter time before scoring three tries in the second quarter to lead 20-0 at the break. 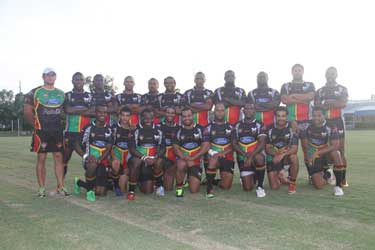 Vanuatu-South Sea dropped a lot of early ball in the hot and humid conditions and gave away far too many penalties forcing them to defend for long periods in the 1st half of the game. Whenever Vanuatu-South Sea were lucky enough to secure the ball in god field position, it was wasted with mistakes early in the tackle count.

Things tuned around in the second half with an early try to Vanuatu-South Sea replacement halfback Leon Herron, from a clever kick. An entertaining interchange of passes by the Vanuatu-South Sea team along a slick backline saw Port Vila based winger Patrick August score out wide to close the score to 20-12 before Brothers scored against the run of play to lead 26-12 at three quarter time.

Willie Querro then scored for the Islanders to tighten the scores to 26-18 before James Wilfred flew in the air above several defenders to miraculously take a bomb and score a try, which saw the Vanuatu-South Sea team trial by only 26-24 with a few minutes remaining.

Brothers then looked to secure victory with a late try to lead 30-24, but Vanuatu-South Sea dug deep and in a beautiful piece of Rugby League the ball passed through several sets of hands before it ended with Robbie Congoo who scored under the goalposts and Kunro Kalo converted to tie the game up at 30 all.

Thatâ€™s how the scores remained and coach Dane Campbell commented â€œI was really happy with how we turned things around after an average first half. We didnâ€™t have any ball control early and this lead to us doing too much defence and combined with ill-discipline we never gave ourselves a chance to get in the match for that first 40 minutes.â€

Campbell went on to further say â€œI couldnâ€™t fault our effort in the second half and we started to show what we are capable of as a side and put everything we have been working on at training for the past week into execution on the field. There was an improvement on our first game and I am looking forward to further improvement in our final game on tour this Sunday in Mackayâ€.

Tongoa man and try scorer James Wilfred said â€œAs a team we were disappointed with our first half display but we remained positive at half time and we were able to work together to force a drawâ€.

For footage on this game visit: http://www.youtube.com/watch?v=HeK1f0QcflU